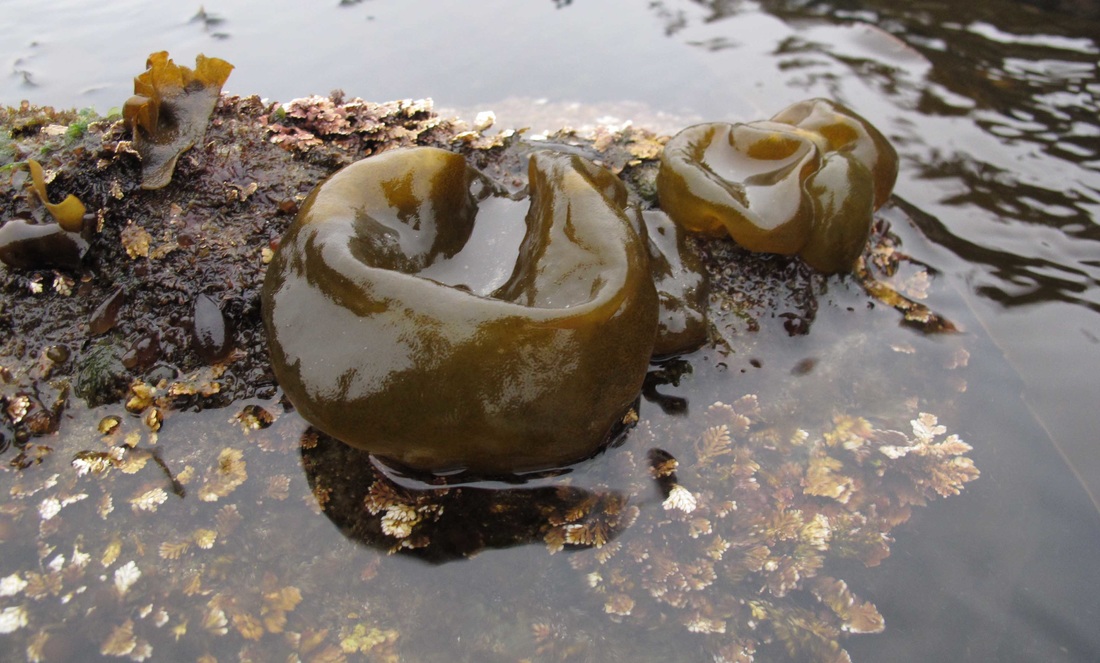 Identification
Bulb seaweed is a globular, hollow brown alga that reaches 7 cm or more in diameter. Its smooth, golden brown thallus is thin and tears easily, and is dotted with clusters of colourless hairs. It can be trickier to identify once punctured and drained of seawater. Bulb seaweed is an annual seaweed. See the AlgaeBase species page for more photos.

Habitat & Range
Bulb seaweed attaches singly to rock and other seaweed in the low intertidal. It is found on semi-protected and semi-exposed shorelines from southern California to the Aleutian Islands, as well as the western North Pacific. It is also found along shorelines of New Zealand, Australia, the North Atlantic, and the Mediterranean. It is invasive, and has spread from its native range in the Pacific to temperate locations throughout the world.

Similar Species
Sea cauliflower (Leathesia marina) is also globular but has a bumpy texture and grows in clumps, often forming cushiony carpets. In comparison bulb seaweed is much smoother and more spherical in shape. Sea rubber (Colpomenia bullosa) is cylindrical.

Intriguing Info
Young individuals of this species start off solid, then gradually hollow-out with age.