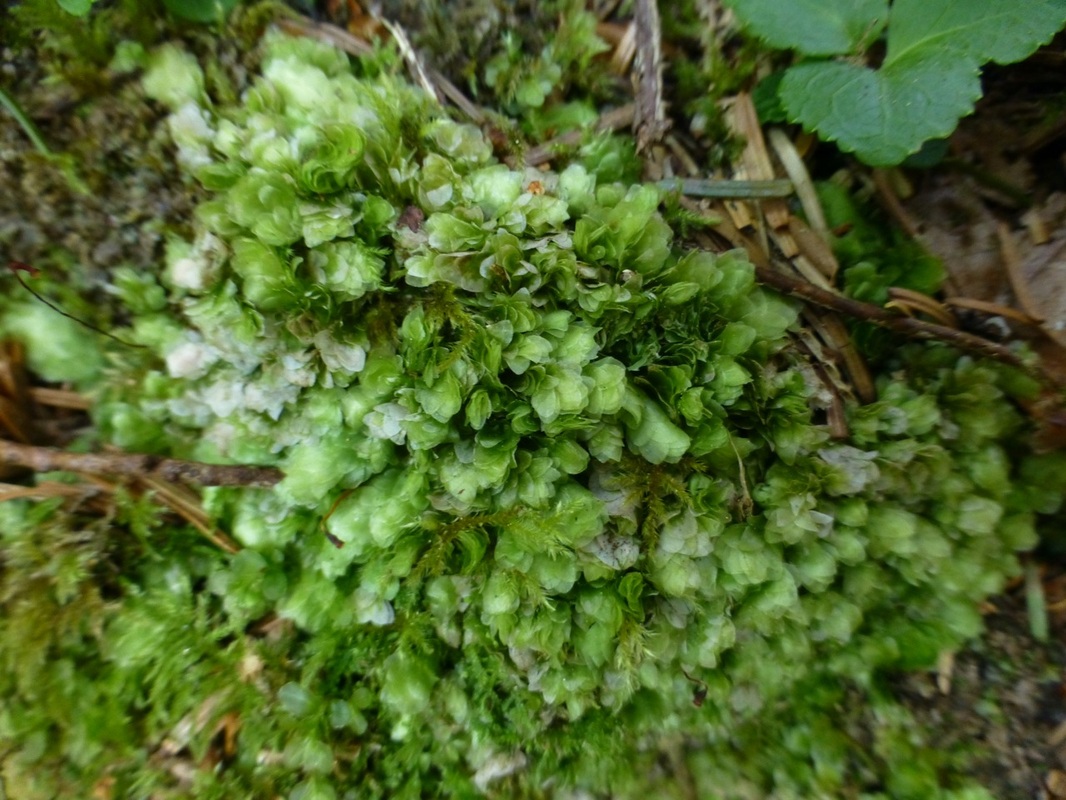 Photo by Ian Cruickshank
Identification
Clear moss is a glossy dark green, flattened, limp-looking species. The leaves are egg-shaped, blunt-tipped, translucent, and shiny. Individual leaves, and therefore their shape, may be difficult to differentiate initially as they are thin, flattened, and pressed-together. They lack a midrib and have large hexagonal cells that are visible with a hand lens. The stems are creeping, reach 8 cm long, and grow in small patches or as individuals. Sporophytes are uncommon.

Habitat & Range
Clear moss grows on wet soil, rotting logs, and at the edges of swampy areas  in humid low-elevation forests. Its is found mostly in coastal locations from southeastern Alaska to California; it also occurs in the United Kingdom, areas of western and central continental Europe, the Middle East, and northwestern Africa.

Similar Species
Sharpleaf hookeria moss (Hookeria acutifolia) has sharply-pointed leaf tips. Other similar species, such as some from the Plagiothecium and Isopterygium genera, have thinner leaves. The large leaf cells of clear moss are also a helpful distinguishing feature. Clear moss could also be confused with some liverwort species; such leafy liverworts have a distinct leaf arrangement of 2 or 3 separate rows (upper as well as lateral, and/or under lobes).