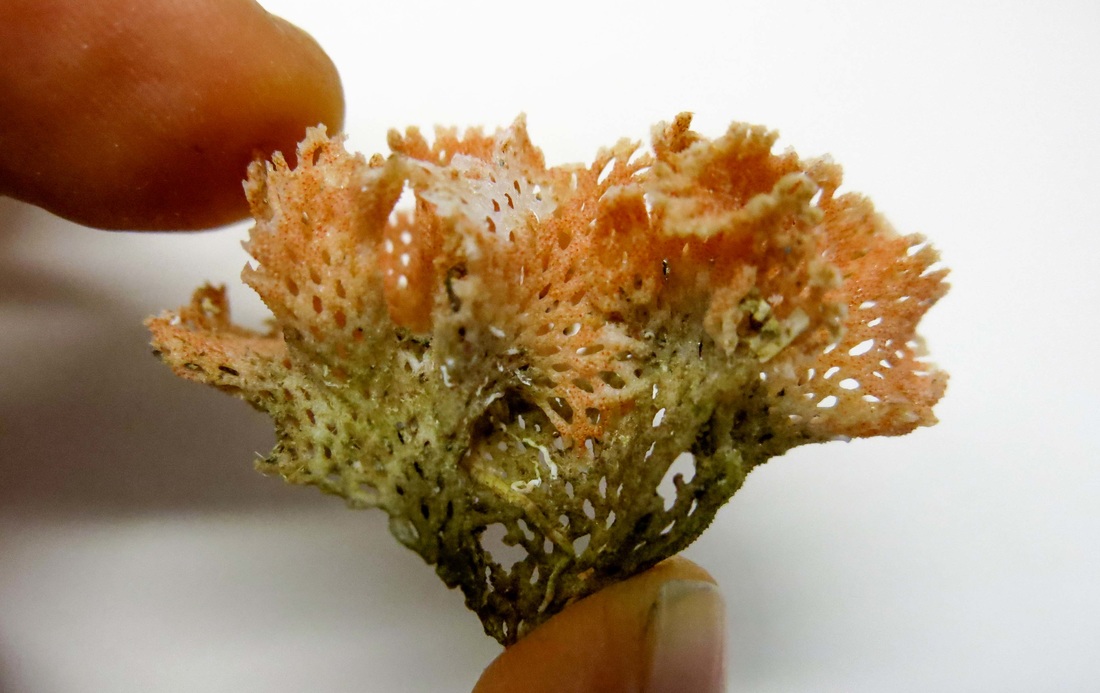 A small lattice-work bryozoan specimen. Photo by Jenn Burt.
Identification
Colonies of this fragile upright bryozoan take the form of tufts of rigid  folded sheets. These sheets are perforated with many holes, creating a lacey or latticework appearance. The leafy tufts reach 22 cm in diameter and range from pale orange or peach to bright orange. Live specimens in protected waters may be all white, while larger specimens may have central sections that are all white but lifeless.

Habitat & Range
The lattice-work bryozoan is found in the subtidal to 200 m deep in both sheltered and exposed locations. It has been reported along coastlines from northern Alaska to Peru, and including the Galapagos Islands.

*Similar Species
Phidolophora labiata and P. pacifica are both valid species according to the World Register of Marine Species, however some sources use them as synonyms for the same species (Harbo, Lamb and Hanby). It is unclear whether both species exist in the Pacific Northwest; regardless, P. pacifica is the most common identification for Phidolopora specimens found in the North Pacific.