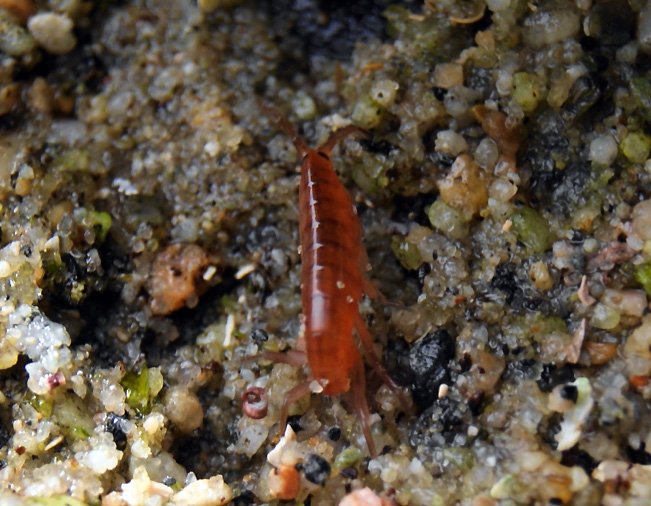 Habitat & Range
This species can be found from the intertidal to a depth of 100 m. It is often found under rocks situated on muddy shores. Its eastern Pacific range extends from northern Alaska to southern California. It is also found on shorelines in Siberia and the northwest Atlantic Ocean.

Similar Species
Other common beach hoppers found in the Pacific Northwest are the grey or brown Traskorchestia traskiana, the dull grey Megalorchestia columbiana, and M. californiana - distinguished by its bright red antennae and larger size.

Intriguing Info
Amphipods such as the pink beach hopper play a major role in breaking down algae and other detritus that washes ashore as marine wrack.