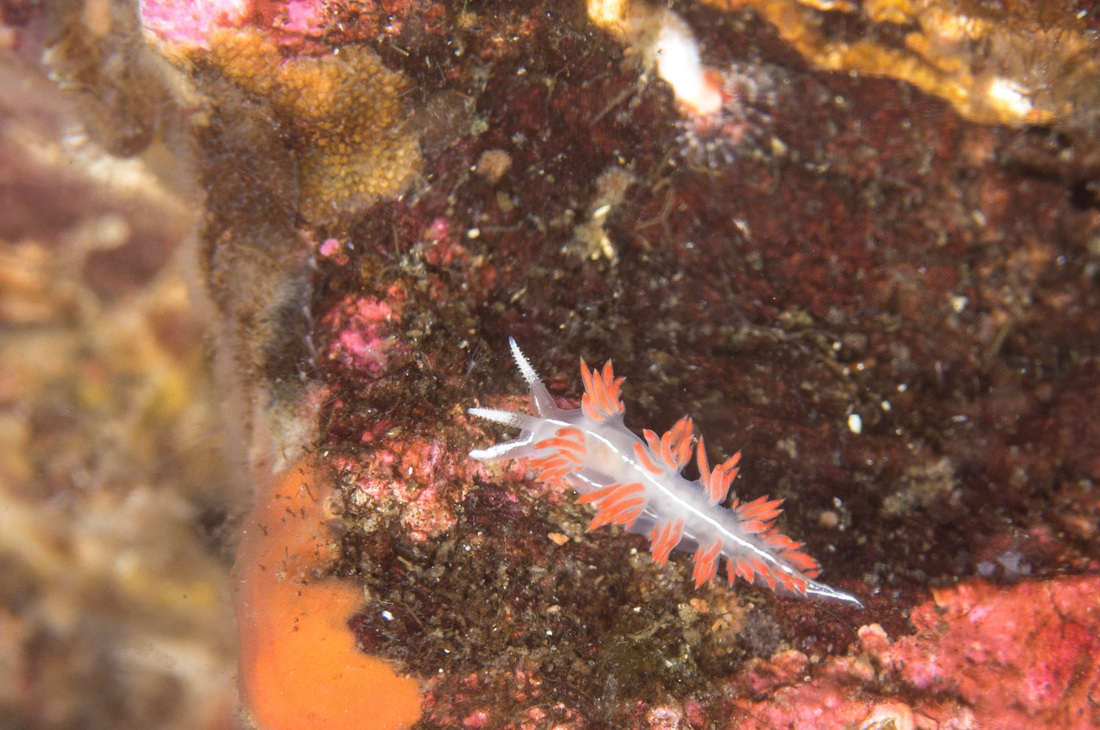 Photo by Wiebe Nijland
Identification
This common species is distinguished by three conspicuous white lines that run longitudinally on the dorsal surface of its body. The center line branches at the animal’s head and extends down each oral tentacle. Clusters of cerata (external projections used for respiration and often digestion) are light orange to red, and more or less evenly spaced on the animal’s dorsal surface. The three-lined aeolid is relatively slender, and can reach 3.6 cm in length. Its chemosensing rhinophores have visible rings.

Habitat and Range
This species can be found on rocks and hydroids in the low intertidal to depths of 50 m. Its range extends from southern Alaska to northern Mexico.

Similar Species
This species is often found in close proximity to red-gilled nudibranchs (F. verrucosa) — a species that looks quite similar. However, the cerata of the red-gilled nudibranch are less clustered, and the species lacks the three longitudinal dorsal lines. Also, the rhinophores and oral tentacles of the three-lined nudibranch usually have orange tips.

Authors and editors of page
Bea Proudfoot and Kelly Fretwell (2016)