Identification
Amabilis fir typically has a tall and straight growth form, though as indicated in the above photos its growth varies with habitat. It reaches 55 m tall and has smooth greyish bark that lightens (sometimes with white patches) and becomes scaly with age. Its dense crown takes a conical or cylindrical shape. Key identifying characteristics of this species are its crown shape, its barrel-shaped and dark purplish cones, and its dark green, shiny, and flat needles with blunt, notched tips and two or more white lines on the underside (stomata). Needles growing from the top of a branch lie flat against and parallel to the branch. More photos of specific structures can be found on the Virginia Tech species page.

Habitat & Range
Amabilis fir commonly grows on deep, well-drained locations; on the Central Coast of BC it grows in mixed coniferous forests with Sitka spruce (Picea sitchensis), western redcedar (Thuja plicata), and hemlock (Tsuga spp.). Its range extends along the coast from southern Alaska to northern California. It is restricted to higher elevations (in the Cascade Mountain Range above 1000 m) in the southern extent of its range; going northward from that region it is found at increasingly lower elevations, and may be found close to sea level along the BC coast.

Similar Species
Grand fir (Abis grandis) is found in southern BC, while subalpine fir (A. lasiocarpa) is mostly found in and east of the Coast-Cascade Mountains, though it is present on Vancouver Island and inland from the mainland BC coast (see map). Grand fir can be distinguished by its light green cones and horizontally-spreading needles that do not lie flat against and alongside branch tops. The needles of subalpine fir have stomata on both sides and do not lie in an obvious horizontal plane; instead they curve upwards.

Intriguing Info
Small amabilis fir trees are often found in the forest understory as the species is tolerant of shade. Such individuals may remain in the understory for centuries. See the BC Ministry of Forests species page for more information on amabilis fir, including its uses. 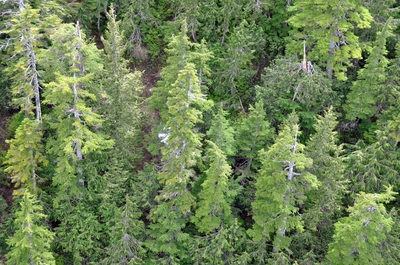 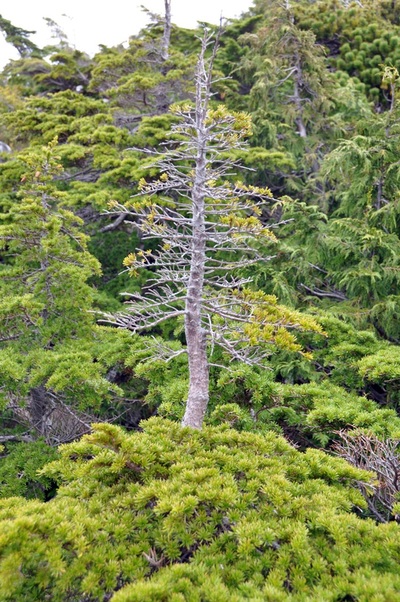 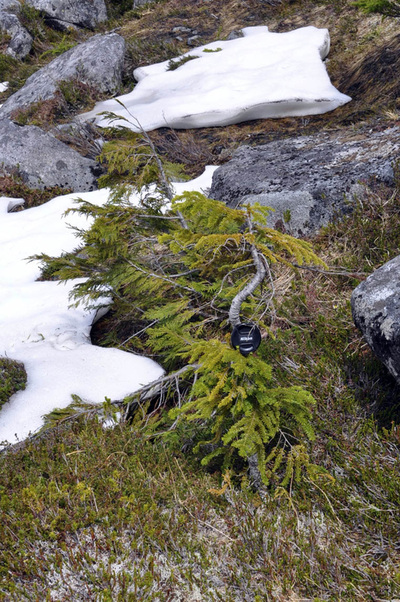