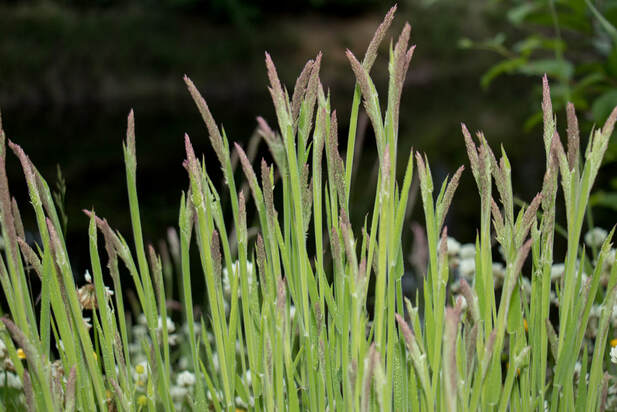 Identification
Common velvet-grass is a perennial species that takes its name from its velvety-hairy leaves tufted stems. The stems are hollow, weak, and grow to 100 cm tall. The leaves are flat, greyish, have open sheaths, and get to 1 cm wide and 25 cm long. The inflorescence takes the form of a 5-15 cm long, light greyish-purple, compact panicle (a branching seed head).

Click here for a more detailed description and some useful diagrams.

Habitat & Range
Common velvet grass is an exotic species introduced from Europe. It found in disturbed areas such as fields, lawns, along roads and railroads, and waste areas. It is common to abundant at low elevations in coastal BC, particularly in more southern regions and around developed areas. It has also been introduced to Asia, Africa, Australia, New Zealand, and sub-Arctic areas.

Similar Species
Creeping velvet-grass (Holcus mollis) is a similar but less common exotic species. Its stems are less hairy, and it has creeping rhizomes.

Intriguing Info
Common velvet grass, along with some other species, has populations that are tolerant to heavy metal (copper, lead, zinc, arsenic) concentrations that would normally be toxic.
Common velvet-grass competes with native plants for resources, and can be a problem in more sensitive ecosystems. Click here for information on managing this species.