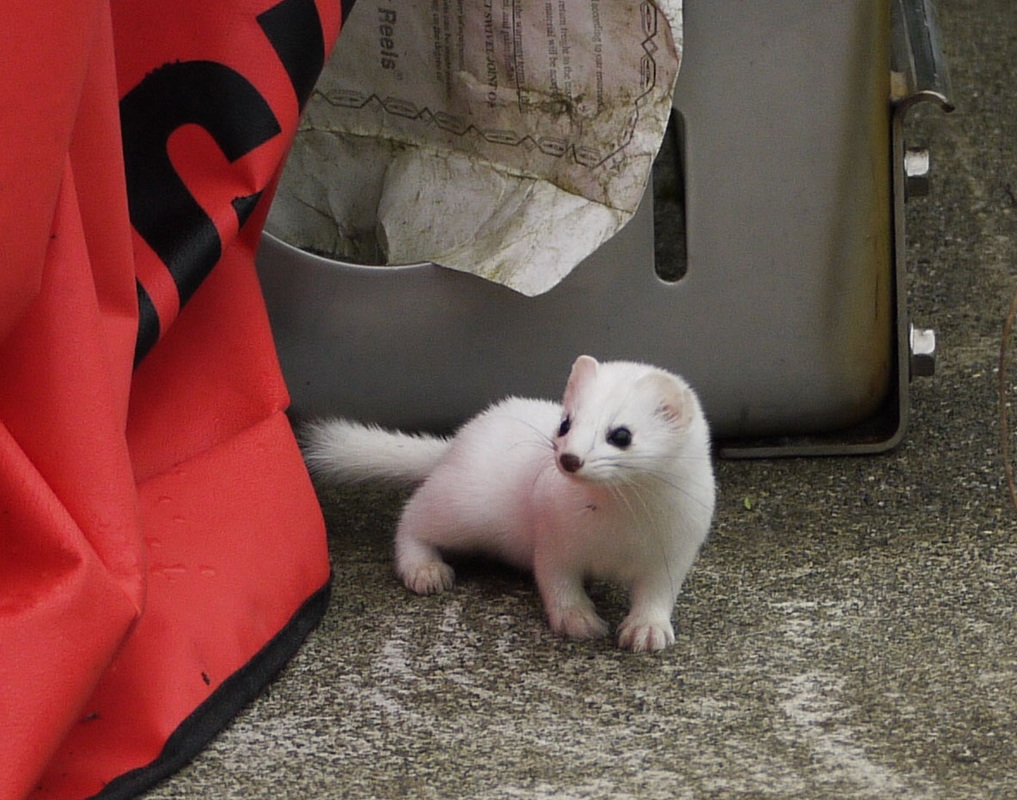 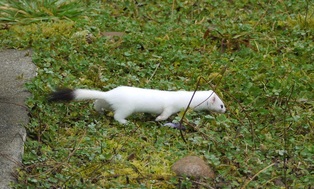 Identification
This member of the weasel family (Mustelidae) can be identified by its relatively short black-tipped tail. Males get to around 40 cm long or more; the tail composes about a quarter of that length. Females are never more than 30 cm long. In summer ermines are reddish-brown with white or cream necks and bellies; in winter they are completely white except for the black tail tip. Like other weasels, ermine have long thin bodies, short legs, and long necks.

Habitat & Range
Of the three Mustela species found in British Columbia, the ermine is the most widespread throughout the province. This adaptable species inhabits a variety of habitats at all elevations, including forests, meadows, riparian areas, and areas disturbed by human settlement such as agricultural fields. It may be found hunting near streams, rivers, and other wetland habitats, but doesn't commonly enter the water. Globally the species is found in temperate areas of North America and Eurasia.

Similar Species
While the tail of the long-tailed weasel (Mustela frenata) is also tipped in black, it is much longer - at least half the length of the body - and the animal is larger overall. This species is only found in the southern mainland portion of the province. The least weasel (Mustela nivalis) is found in northern mainland BC and has a shorter tail not tipped with black.

Human Uses
Ermines have long been hunted in both Eurasia and North America for their thick winter pelts, which were often used for decorative and ceremonial purposes. During the Middle Ages in Europe only royalty and members of the clergy could wear ermine furs. Most of the ermine pelts originating in British Columbia come from the northern portion of the province, and the majority of the world's ermine fur supply comes from Eurasia.

Intriguing Info
This carnivore preys on small mammals and birds, and may be subject to control measures where they prey on poultry and livestock. The population found on Haida Gwaii (subspecies haidarum) is listed as threatened under Canada's Species At Risk Act. See the ARKive and BBC Nature ermine accounts for more information on this species.