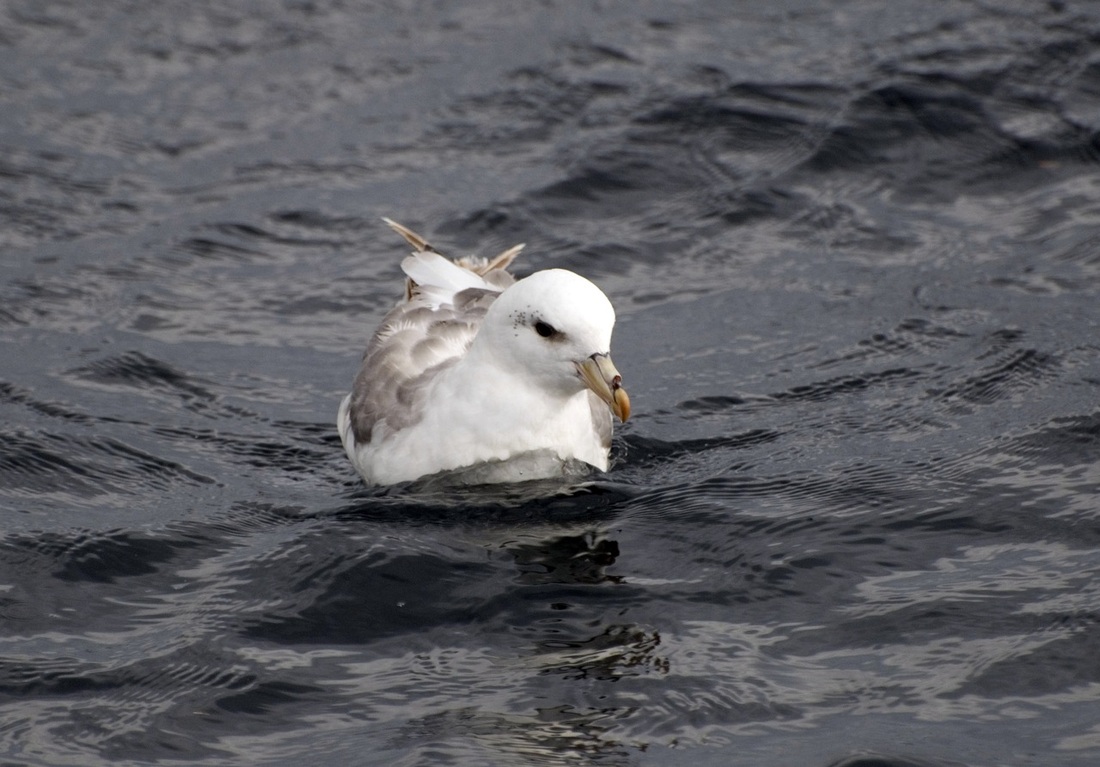 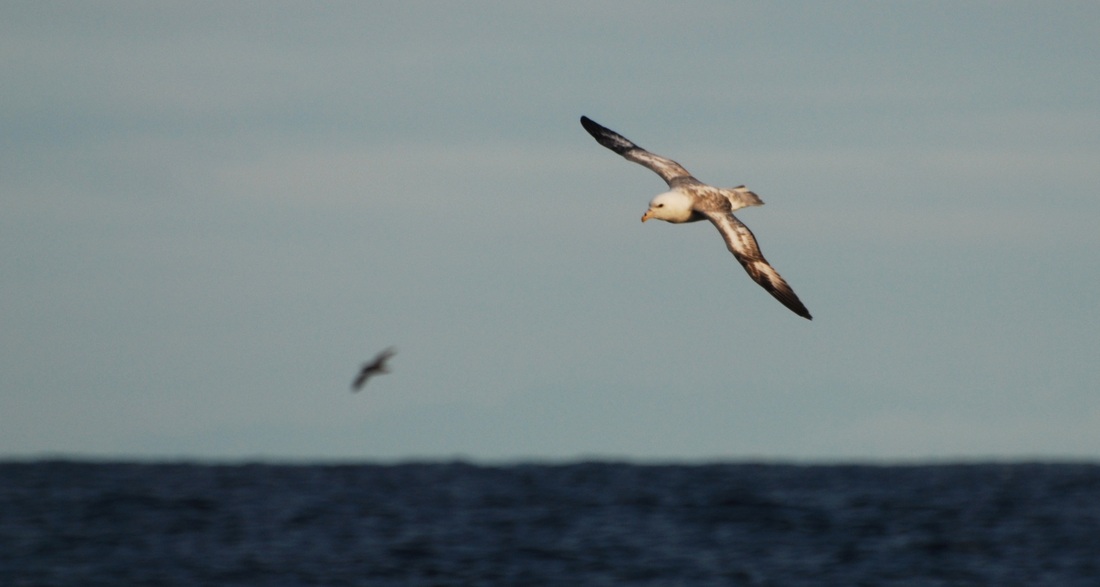 Identification
The northern fulmar has the general shape of a gull and the gliding flight characteristics of a shearwater, but can be differentiated from both by a few key characteristics. Its short, thick bill has nostril tubes which make the bill look somewhat cracked and broken; it is stockier and its wings are more rounded than a shearwater; its tail is short and rounded; and it has a small dark patch in front of each eye. Body colour varies from whitish with light grey patches to a fairly uniform dark grey. Most colour morphs tend to have a darker tail that contrasts against a lighter rump.
The pacific subspecies rodgersii has a more slender bill and exhibits more colour variation than the Atlantic subspecies glacialis.

Habitat & Range
The northern fulmar is found around offshore waters of the north Pacific and north Atlantic, and is particularly abundant in the northeast Atlantic. It breeds on some scattered islands off the coast of Alaska and the norther coasts of Canada. It isn't a frequent visitor to offshore waters along the Central Coast of BC, but some birds do winter as far south as California on the west coast and Maine on the east. Marine bird surveys performed by Raincoast Conservation Foundation from 2005 to 2008 recorded many sightings in Hecate Strait and Queen Charlotte Sound (see page 17 of the Marine Bird Surveys publication). Click here for an E-Fauna BC map of other recorded sightings.

Similar Species
The sooty shearwater (Puffinus griseus), and the short-tailed shearwater (Puffinus tenuirostris) are occasionally found off the coast of BC while migrating; the herring gull (Larus argentatus) is more commonly found along the Central Coast than the northern fulmar. Identification differences are listed above.

Intriguing Info
The northern fulmar is one of the longest-lived birds, with an average age of 32 years according to one study. Some adult birds banded in Scotland in 1951 and found still breeding in 1990 were estimated to be well over 50 years old, as most northern fulmars don't begin breeding until they reach at least 8-10 years old.

Northern fulmars are the 'canary in the coal mine' for plastic pollution in the ocean, as they retain ingested plastic for long periods of time and only forage for food at sea. A 2012 UBC study found unexpectedly high levels of plastic in the stomachs of beached northern fulmars found in coastal areas of the Pacific Northwest. Find out more about the study in this UBC media release and this Globe and Mail article.