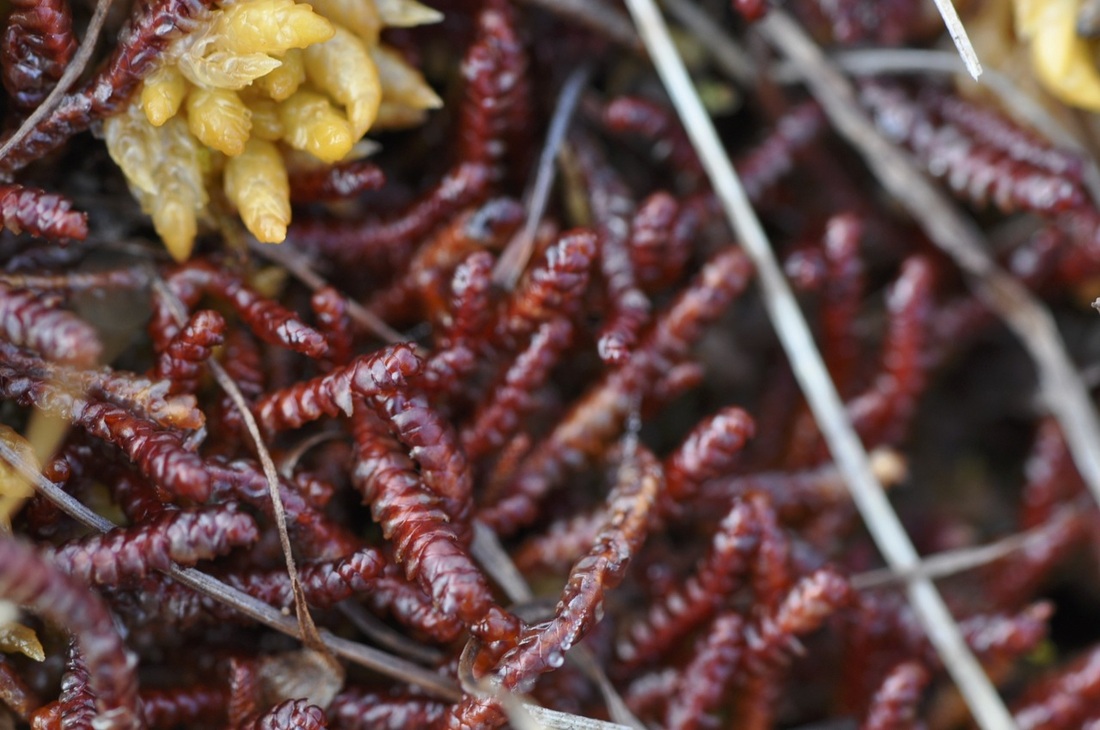 Photo by Kira Hoffman
Identification
True to its name, purple-worm liverwort resembles purplish or dark reddish-green worms. Its large plants may be unbranched or branched a bit. Its lower leaves are large, egg-shaped, and concave with ragged upper edges; its upper and inner leaves are sac-shaped.

Habitat & Range
Purple-worm liverwort forms creeping mats around the edges of pools in coastal bogs and fens. Its west coast range stretches from the Central Coast of BC north along the coast of Alaska. It is also found in coastal areas of the United Kingdom and other parts of northern Europe, Japan, and Hawaii, and grows in high elevation areas of northern Asia including the Himalayas.

Similar Species
Purple-worm liverwort has a similar appearance to hooked scorpion-moss (Scorpidium scorpioides) which is found in similar but more inland habitats.

Intriguing Info
This genus is unique in having upwardly-concave lower leaves and sac-shaped upper leaves; the purpose of these sac-shaped leaves is to retain water.