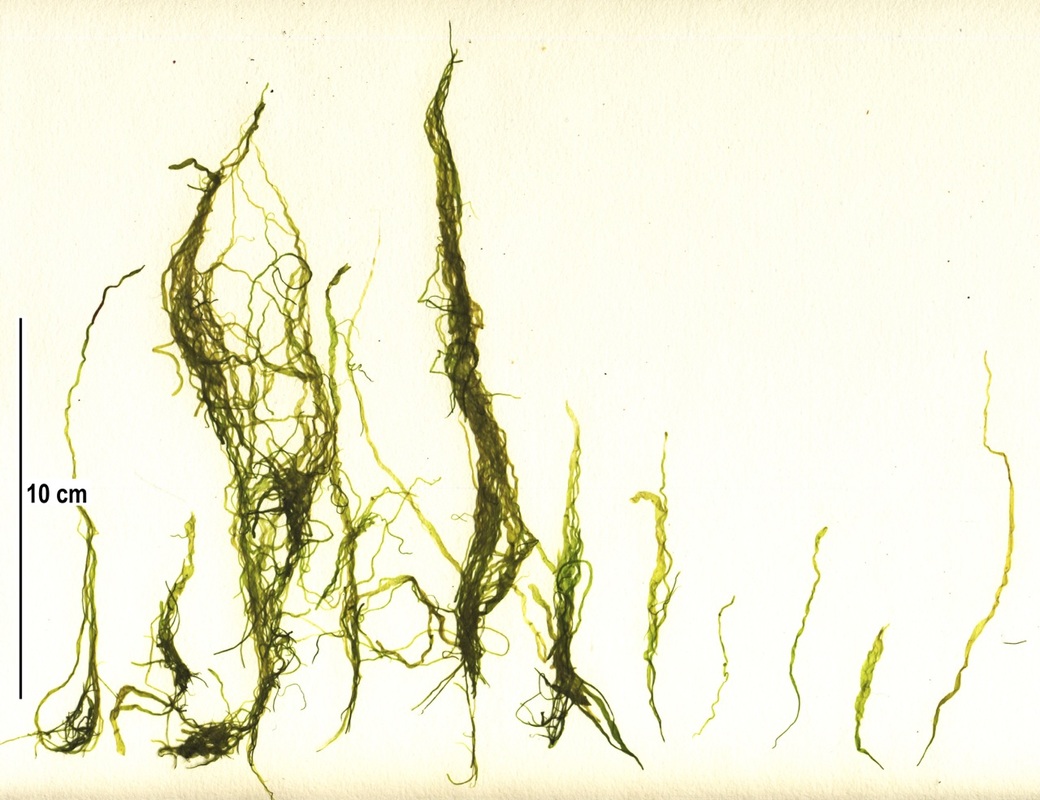 Specimen collection number SCL 15373 in the UBC Herbarium Algae Database. Search the collection number in the database for more information on these specimens, or search the species for further occurrences. Images courtesy of Sandra Lindstrom.
Identification
​This common green seaweed forms bright green to pale green hollow tubes that grow from a small holdfast, and can reach up to 20 cm in length. Groups of individual tubes often grow in clumps. Tubes can be pinched at random intervals, resembling intestines. The tubes tend to widen at the tip, and become yellow when reproductive. It is not uncommon to find this species bleached white after prolonged sun exposure.

Habitat and Range
​This species can tolerate extremely low and extremely high saline environments. As a result, it is often found in high intertidal tidepools that remain out of the water for long periods of time, and thus become increasingly salty as evaporation occurs. Alternatively, this species also thrives in areas near freshwater run off, and in freshwater seepages above the high tide line. It typically grows attached to rocks, or free floating in protected areas. Its range extends from the Arctic Ocean, Bering Sea and Aleutian Islands, Alaska south to Mexico, and also includes Korea, Japan and Russia.

​Intriguing Information
In older guide books and publications, this species was known as Enteromorpha intestinalis.