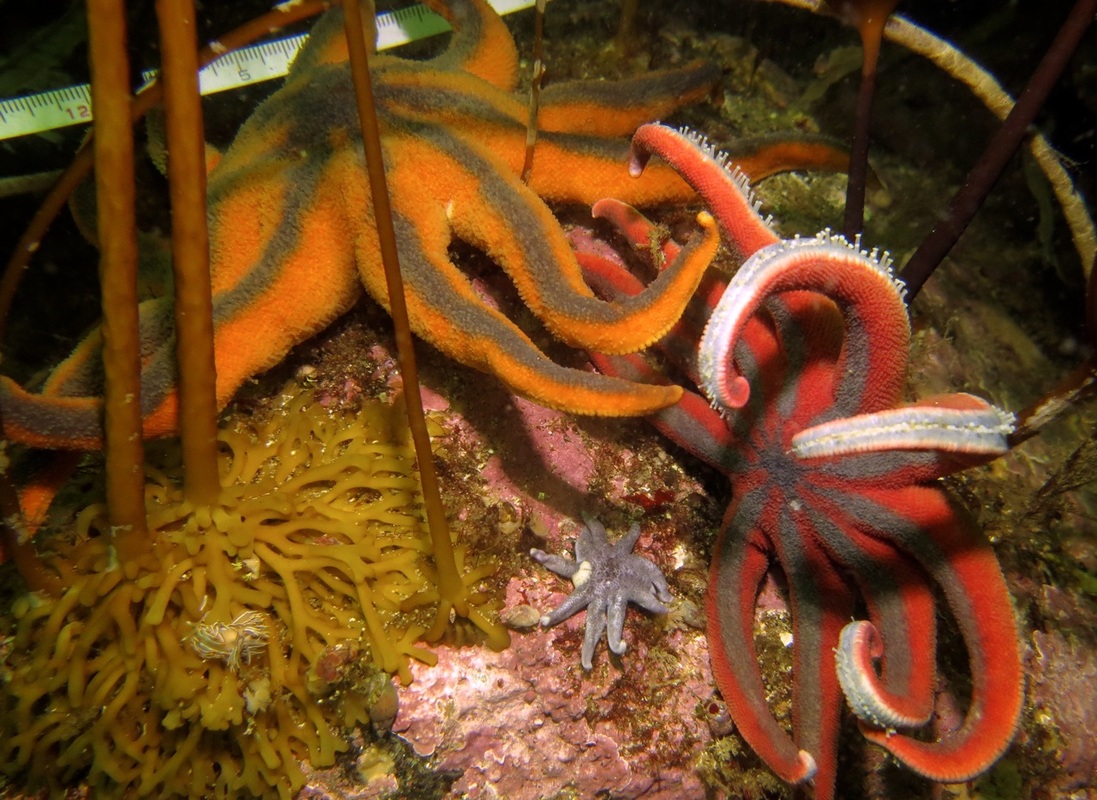 Striped sunstars photographed by Jenn Burt
Identification
This large sea star gets to 50 cm across and usually has 10 rays (arms may vary from 9 to 12). Its long and slender rays are tapered and each is marked by a dark purplish-blue stripe. These stripes radiate out from the central disc and contrast against the rest of the sea star, which is usually orange, red, or pink (photos). Occasionally the whole animal is blue, however in such cases the darker radiating stripes may still be visible.

Habitat & Range
The striped sunstar is most commonly found in rocky locations, though it does inhabit sandy-muddy areas as well. It lives in the intertidal and subtidal to a depth of about 200 m. It is a common species, with a range extending from northern Alaska to Oregon; some sources extend its range south to central California, where it may be less common than further northward. It is found in Japan as well.

Similar Species
The dark radiating stripes and long narrow rays help distinguish the striped sunstar from similar species, such as the northern sun star (Solaster endeca) which sometimes has stripes but on markedly shorter rays, the orange sunstar (S. paxillatus) which has broader, shorter rays and no stripes, and the morning sunstar (S. dawsoni)

Intriguing Info
This species is preyed upon by the morning sunstar.