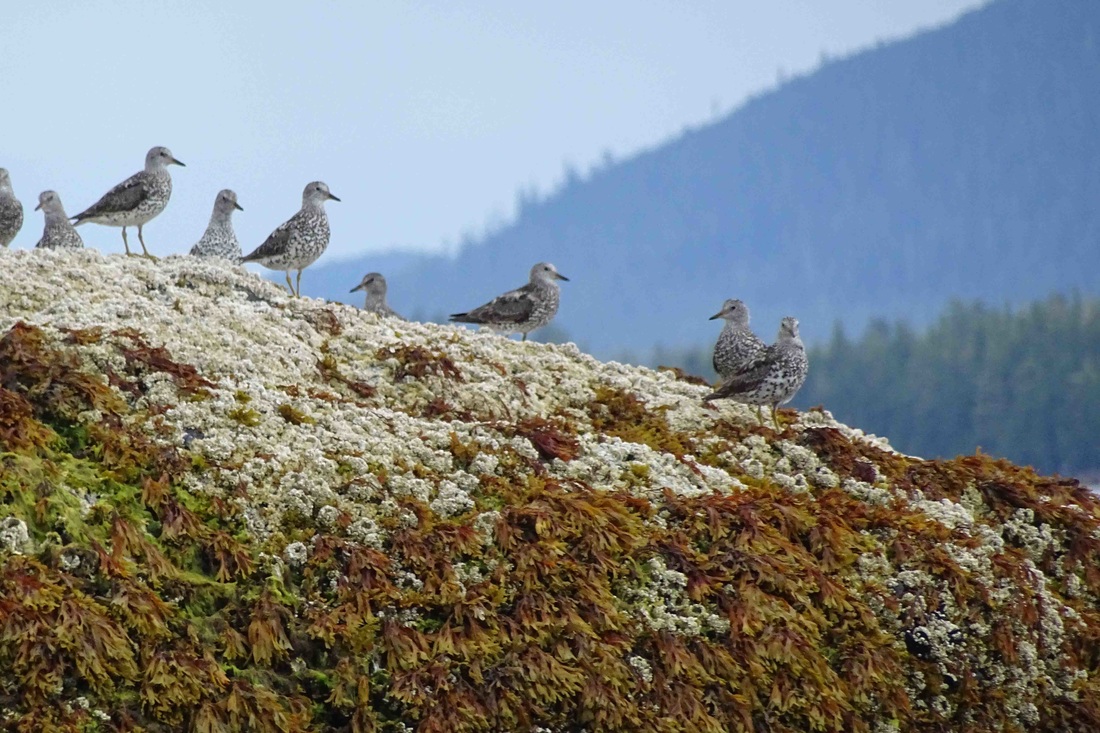 Surfbirds on Rithet's Island near Bella Bella, in transition from breeding to winter plumage. Photo by Nancy Turner.
Identification
This medium-sized shorebird has a fairly plump, stocky shape. Its summer breeding plumage is heavily spotted and streaked; its breast and belly in particular are marked with dark arrow-shaped spots. Its wings and back are darker, with feathers edged with white and scapulars (wing bases) tinged with chestnut red. In winter the surfbird's plumage darkens to mostly solid dark grey with a white belly, though it retains some arrow-shaped spots on its underside. Year-round it has yellow legs, a short dark bill with a yellow base, a white tail tipped with a wide dark band, and white wing stripes - the latter two features are clearly visible in flight.

Similar Species
The surfbird's stout bicoloured bill, yellow legs, and plump shape help differentiate it from similar sandpipers such as the wandering tattler and the rock sandpiper. The black turnstone (Arenaria melanocephala), found in the same habitat and range as the surfbird in winter, has an all black bill, reddish-brown legs, and darker grey plumage, and lacks spotting on its white underside.

Intriguing Info
The surfbird's winter range is extremely long and narrow: it stretches along more than 17,500 km from Alaska to Chile, but only extends a few meters above the tide line.