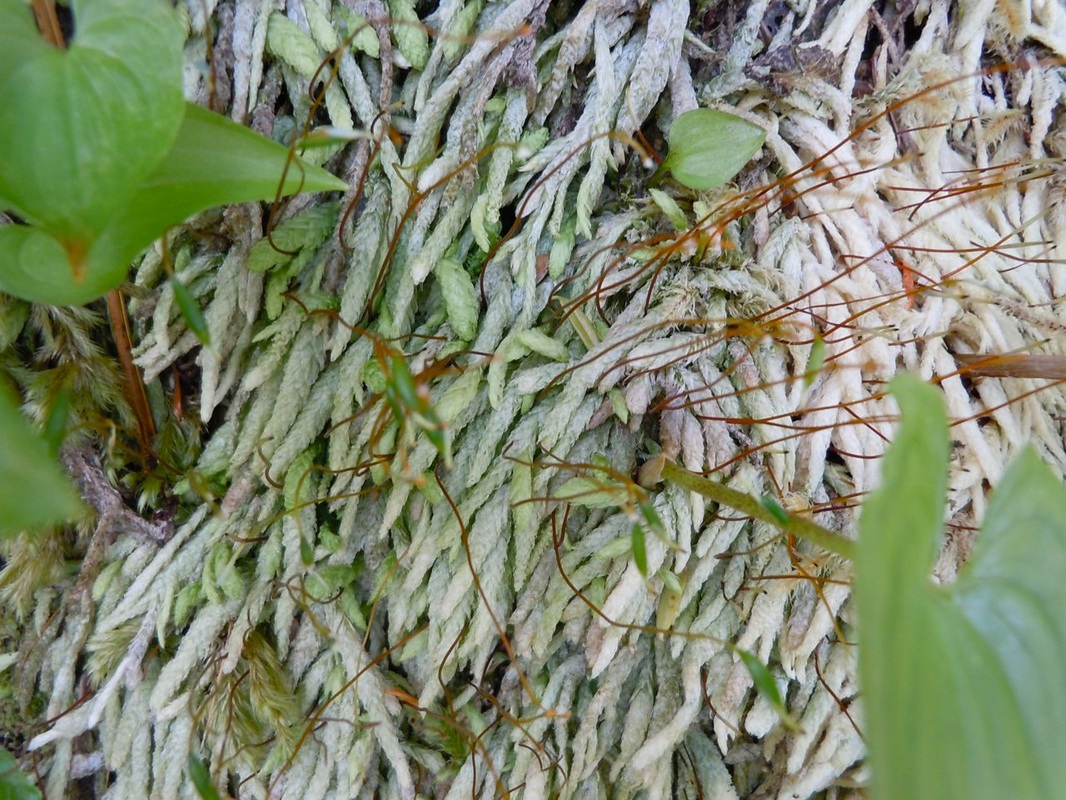 Identification
Wavy-leaved cotton moss is a fairly distinctive species. The large mats that it often forms look somewhat like a shag rug. It is a large, pale green or whitish-green moss with flattened, spear-shaped stems 3-15 cm long. It sometimes has a glossy appearance. Upon close examination wavy undulations can be seen running across the egg to lance-shaped leaves. The leaves are flattened against the stem. The stems branch irregularly and not frequently, if at all. The sporophytes of this species are common. They branch off the sides of stems, and have black stalks and reddish-brown capsules that start off inclined and smooth and then droop down and become grooved when mature.

Click here to see a more detailed description and some useful diagrams.

Habitat & Range
Wavy-leaved cotton moss is found in moist, shaded habitats from low to high elevations. It grows on moist soil, humus, and decaying logs and stumps in coniferous forests and along streams. It tends to form large mats. It is a widespread species; its west coast range stretches from southeastern Alaska to northern California and inland to Idaho, and it is also found in Europe.

Similar Species
Other flat Plagiothecium species are found in coastal BC. Plagiothecium denticulatum is a similar species but with thinner, flatter, more frond-like stems that range from pale to dark green. It also lacks the wavy leaf undulations, and is found in slightly different, though overlapping, habitats. There may be other similar, though smaller, Plagiothecium species found on the Central Coast, but pale green to greenish white mats with undulating leaves tend to be  indicative of wavy-leaved cotton moss.