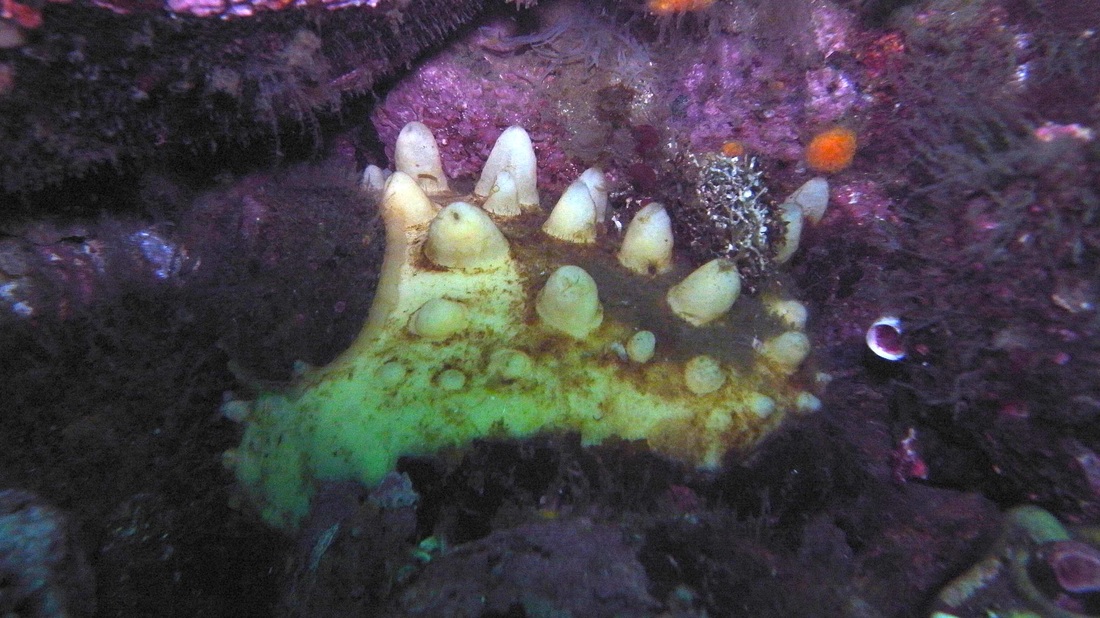 Photo by Jenn Burt
Identification
This unique-looking sponge is named for the many raised oscula that cover its surface. These oscula are somewhat cone-shaped and 1-2 cm tall. The aggregated nipple sponge is pale to dark yellow—including its basal crust, though this surface may be obscured by detritus that has settled and become trapped among the sponge's spicules. It forms mats that vary greatly in size and shape, and can reach 20 cm. Mats are usually more than 2.5 cm across and 0.7 cm thick.

Habitat & Range
This encrusting sponge grows in the intertidal and subtidal to 55 m deep or more. It is a fairly common species, particularly in areas exposed to currents. Its range extends from the Aleutian Islands, Alaska to southern California.