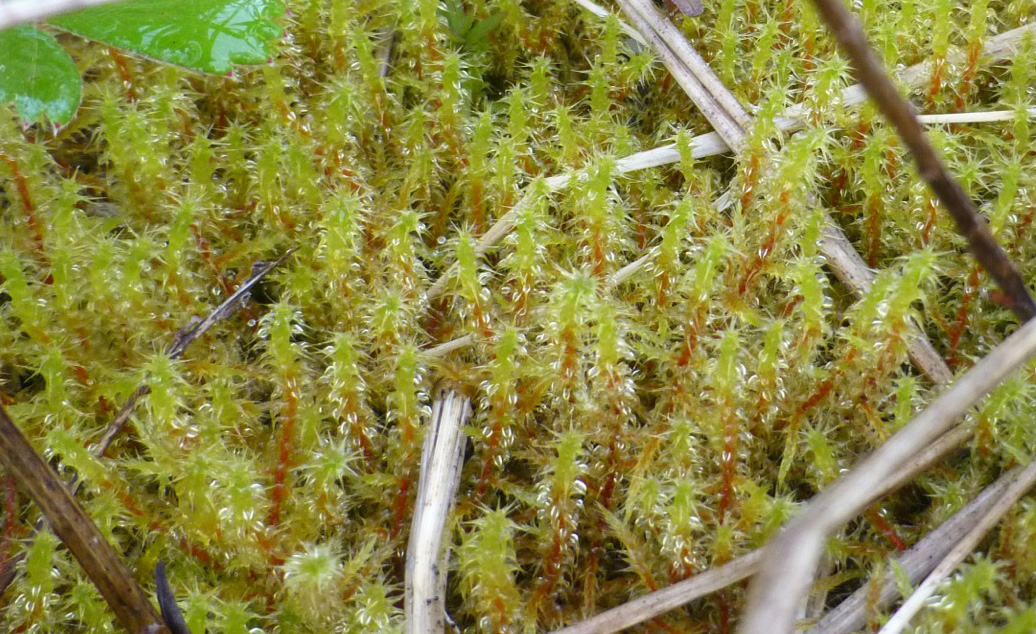 Photo by Ian Cruickshank
Identification
This light green or yellowish-green moss has reddish stems. It is a large moss, forming 15 cm tall mats, and can be unbranched or irregularly branched with upright or arched main stems. Its heart-shaped leaves spread from the stem at right angles (squarrose); this gives the plant a bristly texture which appears star-like when shoots are viewed from above. A distinctive feature of this species the lack of pleating on its leaves - this, combined with the squarrose leaves and the unbranched or irregularly-branched growth, makes bent-leaf moss relatively easy to identify. It also lacks paraphyllia (small green filaments) along its stem. Sporophytes are uncommon.

Habitat & Range
Bent-leaf moss commonly grows among grass in disturbed habitats such as roadsides and lawns, where it is considered a weed. It also grows along streams and other open areas where moisture does not dissipate quickly. Its west coast range extends from Alaska to California; it is also found along the east coast of Canada and the United States. In more inland regions it is mostly found in mountains. It is a circumpolar species in the Northern Hemisphere.