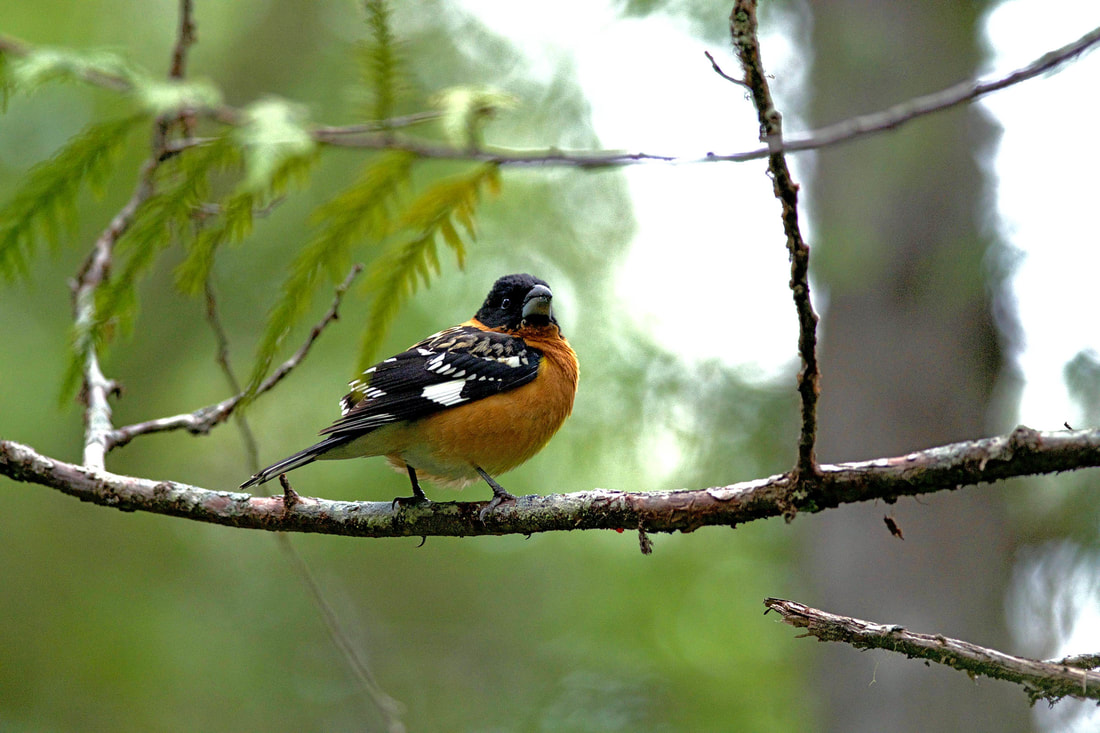 Male black-headed grosbeak. Photo by Julian Heavyside.
Identification
At 21 cm long, the black-headed grosbeak is one of the larger songbirds. It has a distinctively large triangular bill with a dark upper half. Mature male plumage is the most distinctive: its black, white, and orange colouring is brighter than the similar but duller female and juvenile male plumage. The head, back, and wings of the female and juvenile are brown and white. Both have a light cinnamon-orange or buff front, though the juvenile male's tends to be richer and darker. Both the male and the female have yellow wing linings that are visible during flight. All About Birds describes the black-headed grosbeak song as a "tipsy robin welcoming spring."

Habitat & Range
Look for the black-headed grosbeak in open areas with tall trees and a variety of understory foliage. It is often found in mixed, open forests and edge habitats like thickets, gardens, and forest edges. The Central Coast is a bit north of the black-headed grosbeak's usual summer range, which covers the western and central United States, and just barely gets into southern BC. It is found as far south as Central America in the winter and year-round.

Intriguing Info
Black-headed grosbeaks are one of the only bird species that can handle the toxins found in monarch butterflies, and will feed on them in 8-day cycles in order to fully eliminate the toxins they have ingested.