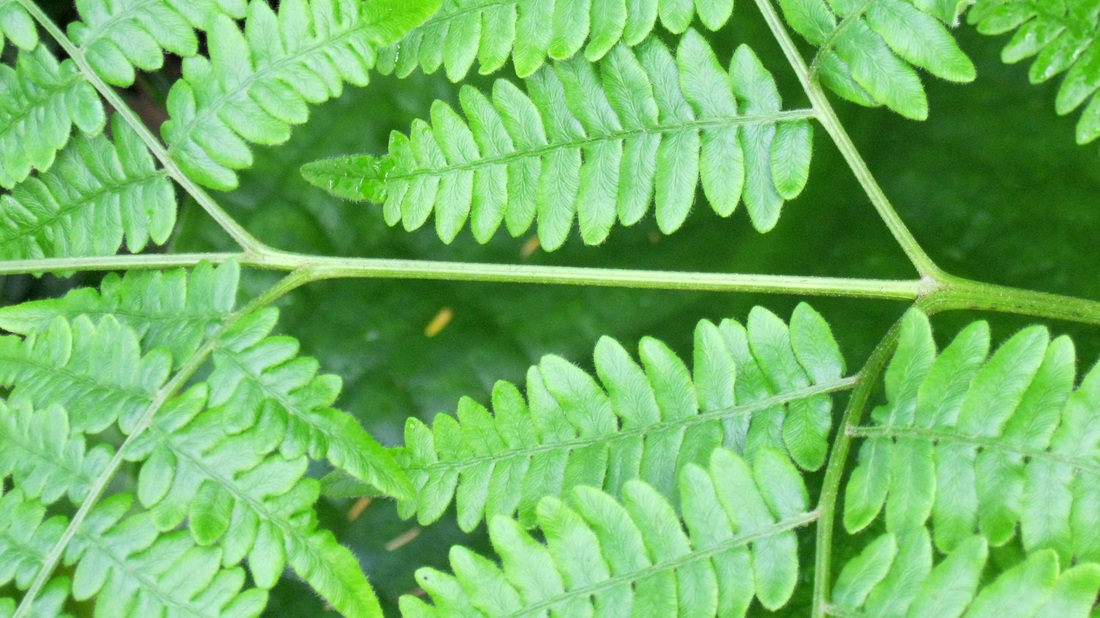 Identification
Bracken fern is large and upright, with triangular fronds reaching heights of 3-5 m. Each frond grows separately from an underground branching rhizome. Several triangular to lance-shaped blades (leaflets) branch out from each frond. These blades are comprised of smaller pinnate leaflets; the whole frond is 2-3 times pinnate.

Habitat & Range
Bracken fern grows in a multitude of habitats from low to subalpine elevations, including forests, meadows, clearings, avalanche paths, sandy soils, acidic soils, and roadsides. It is often abundant or even weedy, and flourishes in disturbed sites. Its deep rhizomes allow it to survive fires, meaning it is often abundant in newly burnt areas. Bracken fern is a cosmopolitan species found around the world. It occurs across much of North America as well as Eurasia, Africa, South America, and Australia.

Human Uses
Various parts of bracken fern were traditionally used and consumed by coastal First Nations groups. The Nuxalk, Saanich, Kwakwaka'wakw, Nuu-chah-nulth and Haida all harvested the rhizomes in the summer or fall, and either roasted or steamed them, removing the outer skin and central fibres before eating them. They were usually eaten with fish eggs or oil, because they are constipating. The fiddleheads (curled new growth in the spring) were also boiled and eaten.
**NOTE: Although parts of the plant were eaten by many coastal groups, the leaves are poisonous. They can cause livestock poisoning and are implicated in stomach cancer.