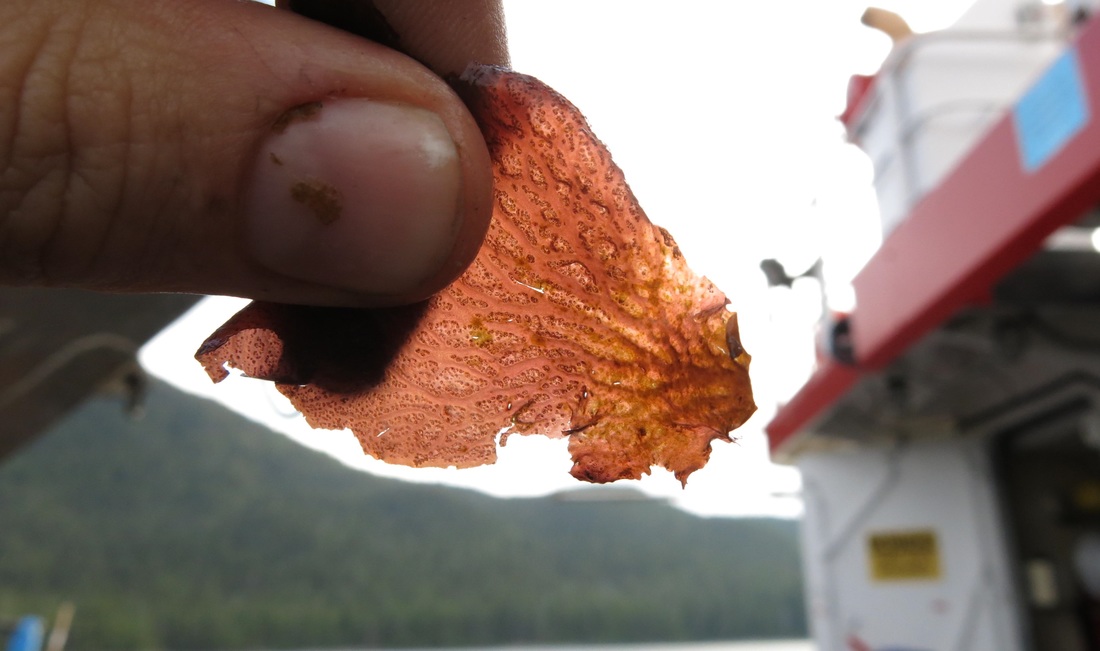 Photo by Jenn Burt
Identification
Polyneura latissima is a delicate red seaweed that is relatively easy to distinguish by the net-like system of veins on the thallus (the main body of the plant), that give it a "crinkly" appearance. Blades are frilled at the edges, and are usually about 15 cm long, but can reach lengths of 30 cm with widths about half the length. Colour ranges from pale red to pink, and you may also find bumps or holes spread throughout the thallus. The bumps are reproductive structures called cystocarps. As blades age, they often become deeply split and tattered. A short (~ 2.5 cm ) stipe attaches the blade to a small disc-shaped or branched holdfast.

Habitat and Range
This species grows in rocky semi-exposed to semi-protected habitats in the mid to low intertidal and subtidal (up to 27 m) zones. Its range extends from Alaska to Baja California, Mexico and includes Commander Island, Russia.

Similar Species
Species in the genus Palmaria (such as Palmaria mollis)  are similar in colour and shape, but lack the distinct net-like veins of P. latissima.