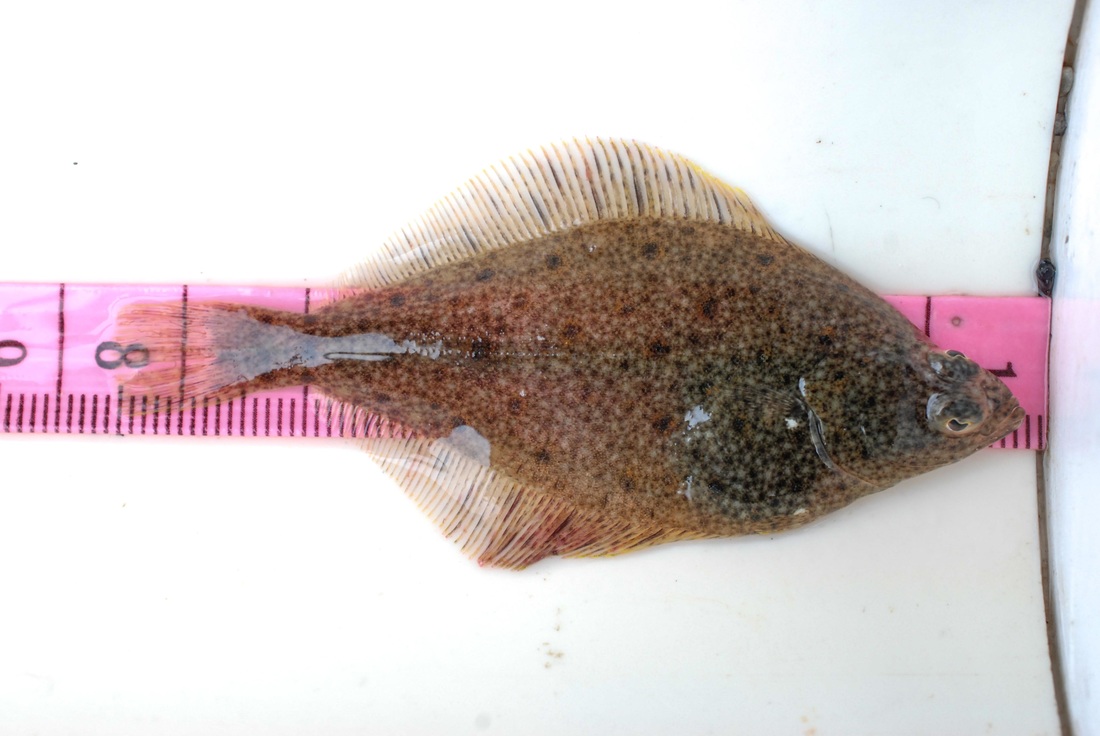 Photo by Kelly Fretwell
Identification
This righteye flounder has a diamond-shaped outline, a pointed snout, and a small mouth. Its lateral line runs relatively straight over the pectoral fins (the lateral line on other species may be highly arched over this fin) with a long branch running along the dorsal fin. Also unlike some other flounders, its upper eye is partly visible from its blind side. Its eyed side may be fairly uniformly brownish in colour, or it may be speckled or patterned with white. Its blind side is whitish or pale yellow. The maximum recorded length of this species is 61 cm, though when caught individuals are typically much smaller.

Habitat & Range
The English sole's sandy brown colouring blends in well with its sandy and muddy habitats to 550 m deep; juveniles may be found in the intertidal zone of shallow bays and tidal flats. Its range extends from the Aleutian Islands and Alaska's Bering Sea coastline south to Baja California, Mexico.

Human Uses
This species is a key target of commercial groundfish fisheries.