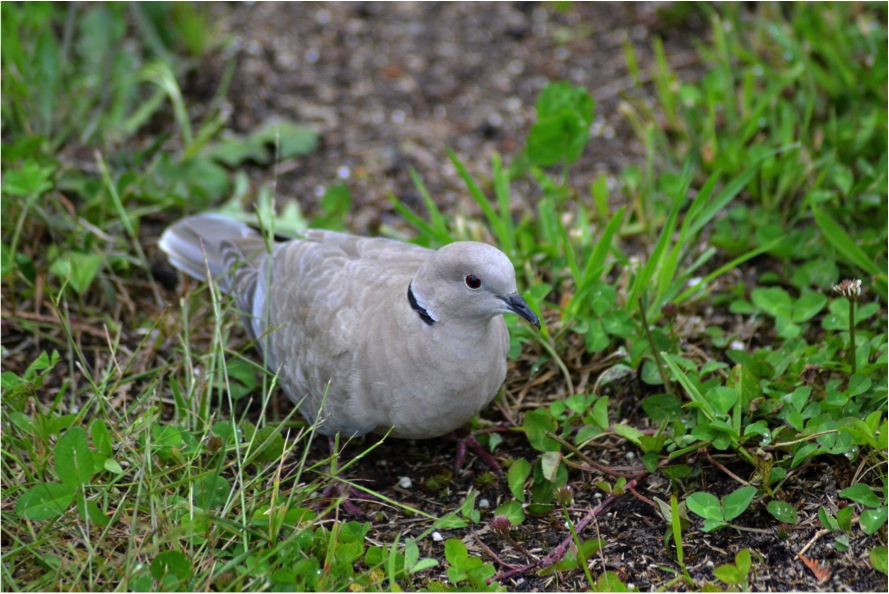 Habitat & Range
This bird is an exotic species to the Central Coast. In the 1970s its native range consisted only of southeastern Europe and the Middle East, but has since expanded to include virtually all of Europe and Asia, North America, and parts of the Caribbean.  Some spread is due to human introductions, however it is also capable of spreading rapidly without human assistance. It can live in a variety of habitat types, including suburban settings. It was first recorded in BC in 2005, and has since become an established species rather than a newcomer or novelty. It appeared on the Central Coast in 2008 and is now seen regularly on Calvert Island. Click here for an interactive map of this species' colonization of North America (up to 2012).

Similar Species
It is taller and paler than the similar mourning dove (Zenaida macroura), with a longer, broader tail.