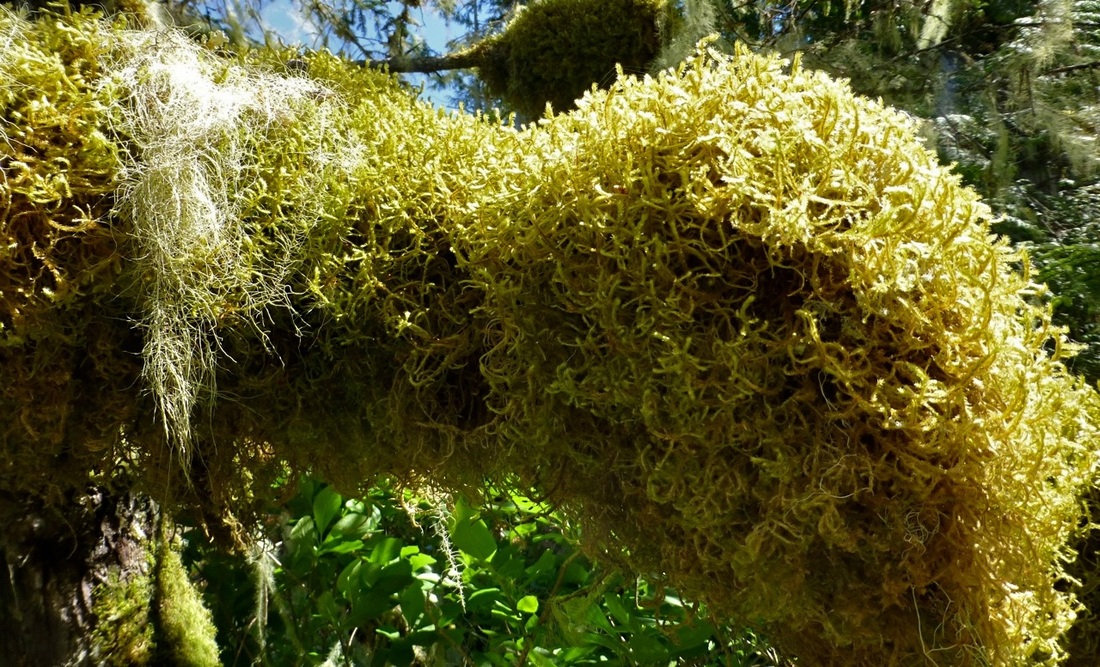 Hanging wing-moss growing on a sitka spruce. Photo by Ian Cruickshank.
Identification
Hanging wing-moss has red stems, which give it an overall orange-green to rusty green colour . The stems grow to 15 cm long and are loosely once pinnately branched. The leaves are loosely spreading and egg-shaped with pointed tips. A key identifying feature is the lack a of a single strong midrib; instead the leaves have three less obvious midribs - one long and two short. Hanging wing-moss forms mats which often take the form of orange-tinged balls and "balloons" which are characteristic of the species.

Habitat & Range
Hanging wing-moss forms large orange-tinged cushions and mats on tree trunks and branches, and may also be found on rocks and logs. It occurs in low elevation coniferous forests in coastal regions. On the west coast it is found from Alaska to California, and in southern BC its range extends further eastward into the Columbia Mountains. It is also recorded in the United Kingdom.

Similar Species
Hanging wing-moss growing on rocks and logs could be confused with Rhytidiadelphus species, which grow on the forest floor and tree trunk bases. These species have a single strong midrib and are more "untidy" in appearance; they include lanky moss (R. loreus), bent-leaf moss (R. squarrosus), and goose-necked moss (R. triquetrus).