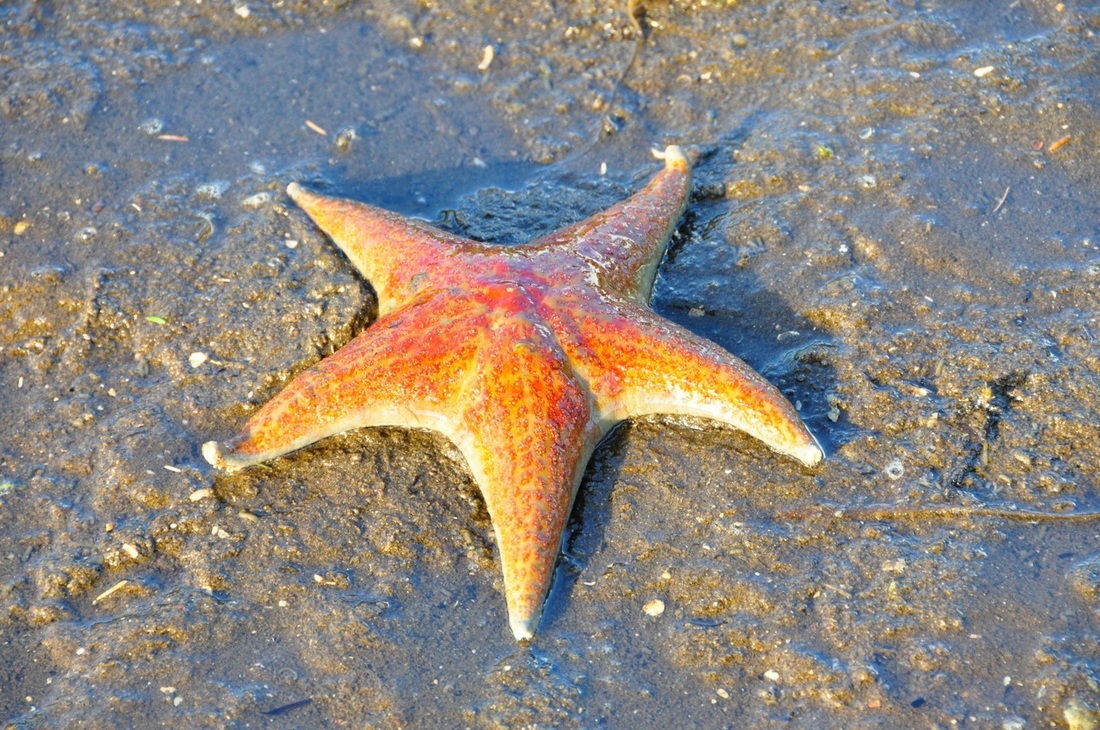 Leather stars in the intertidal on Calvert Island. Photos by Kate Adams (top right) and Brian Starzomski.
Identification
The leather star can be identified by its mottled, leathery, slick upper surface. It is generally grey to yellow or red with patches of red, brown and purple. Its five arms are shorter and broader than those of many sea stars. It ranges in size up to 30cm (12") diameters.

Habitat & Range
This sea star is found from the intertidal to depths of up to 90 m. It is common along the west coast of North America from southern Alaska to southern California.

Similar Species
The leather star looks somewhat similar to the bat star (Asterina miniata), a smaller species with a rough, scale-like surface compared to the smooth surface of the leather star. It is found up to 300 m deep.

Intriguing Info
The leather star is also known as the garlic star because it emits a strong garlicy odour.