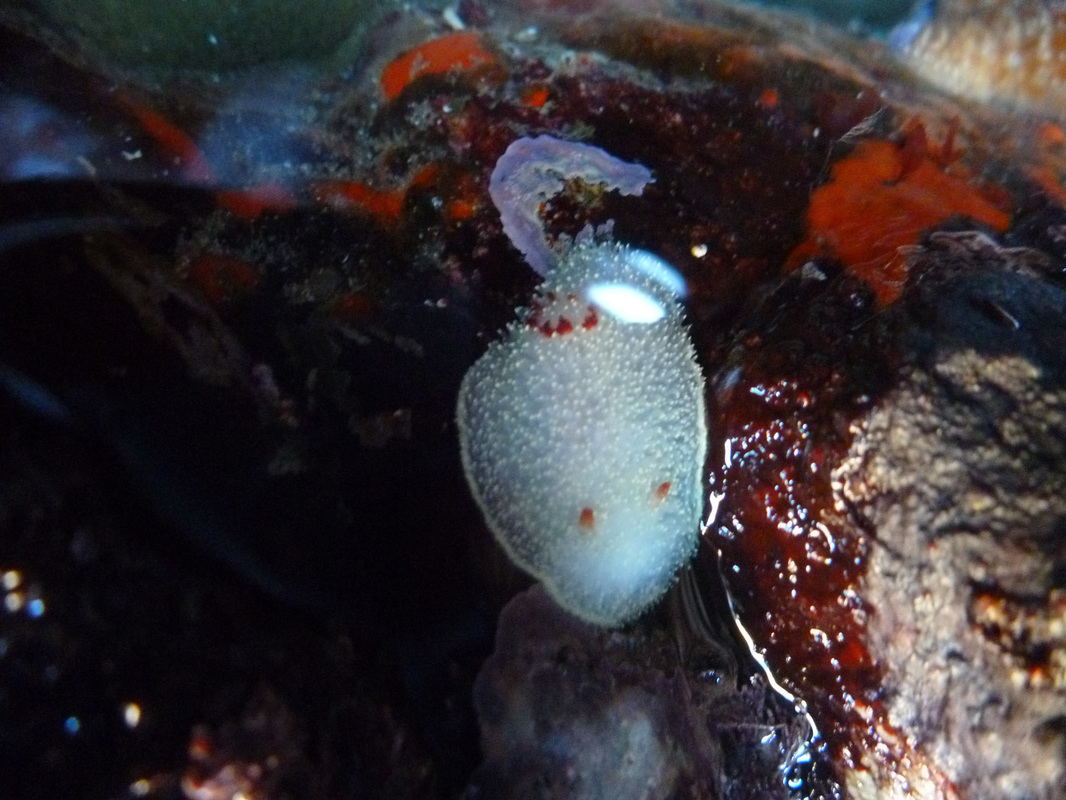 A nanaimo dorid photographed by Angeleen Olson.
Identification
​The Nanaimo dorid can be easily distinguished by its dark red-tipped rhinophores and gill plume. The amount of red varies, but regardless it contrasts strongly against the nudibranch's white or greyish-white body — though occasionally individuals, particularly larger ones, may be darker brownish or greyish. This nudibranch's long papillae, which give it a furry appearance, are tipped with light yellow, and its oval-shaped body is lined with a light yellow margin. This species reaches 4 cm long, though it is usually smaller. This species' white or cream-coloured egg ribbon, laid in whorls, have a foamy appearance.

Similar Species
There are quite a few similar white or whitish dorid nudibranchs, but none have the distinctive red-tipped gills and rhinophores. The closest lookalike is Hudson's dorid (Acanthodoris hudsoni), which has the same long, yellow-tipped papillae and yellow foot margin but lacks the red colouring.
​
Intriguing Info
One source reports that this species can give off a scent like cedar or sandalwood when handled. It feeds on bryozoans, such as Alcyonidium spp., as well as compound ascidians.