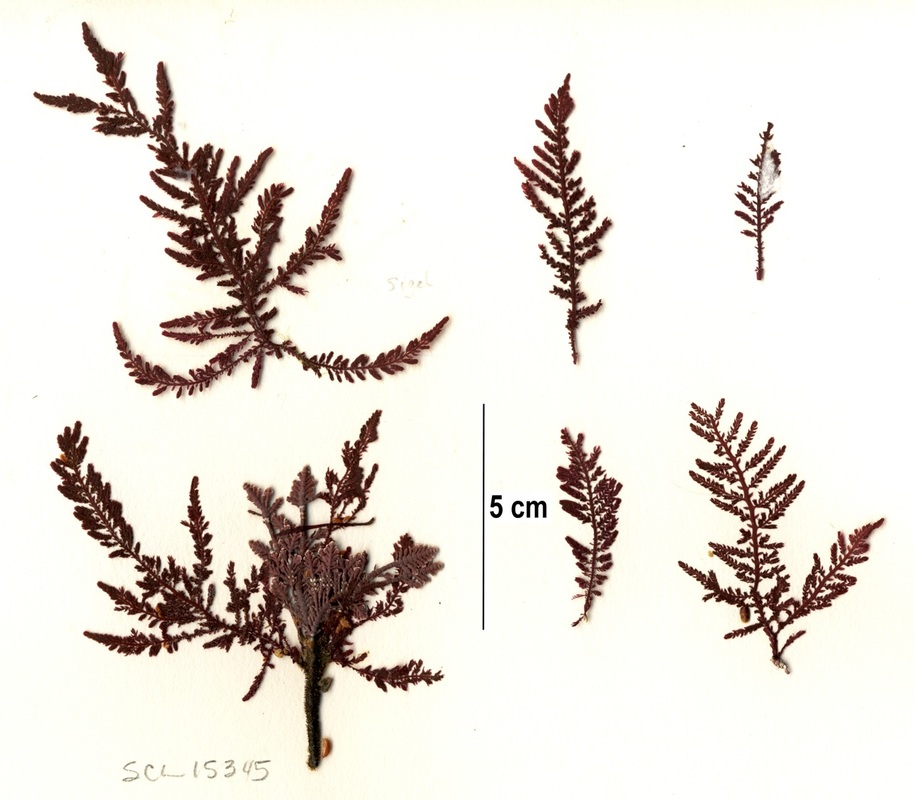 Specimen collection number SCL 15345 in the UBC Herbarium Algae Database. Search the collection number in the database for more information on this specimen, or search the species for further occurrences. Images courtesy of Sandra Lindstrom.
Identification
This red seaweed has a fern-like branching structure, with many orders of branching composed of opposite branch pairs. The pairs in the last (ultimate) order of branching are uneven, with one branchlet lengthening and maturing into a reproductive structure over time, while the other branch remains short. These branchlets have smooth margins. Neoptilota hypnoides has a disc-shaped holdfast.

Habitat & Range
Neoptilota hypnoides usually grows epiphytically on articulated coralline algae. The specimens show here were found in the low intertidal on a semi-exposed shoreline on Calvert Island. This species has been recorded on shorelines from Alaska to California.