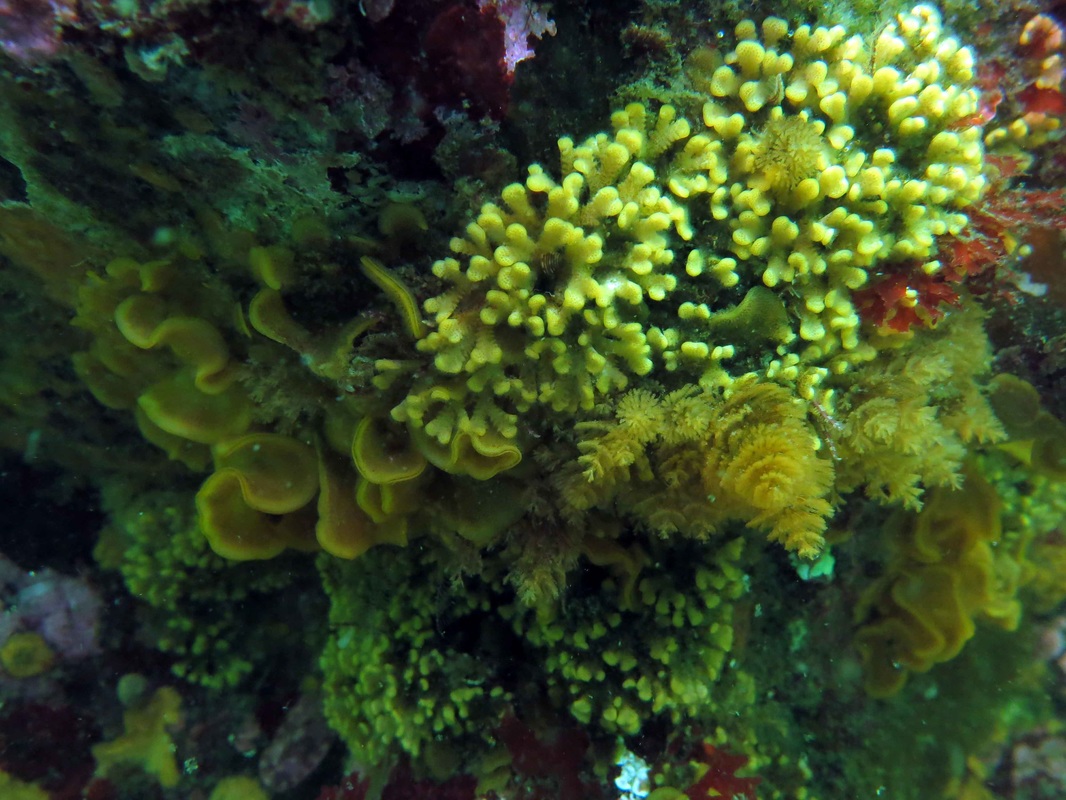 Heteropora pacifica is the yellowish lobed bryozoan at centre and top right. Also pictured here are Bugula californica (orangey-brown cone-shaped spirals) and Hippodiplosia insculpta (flattened, wavy-edged bryozoan at left and distantly at bottom right). Photo by Jenn Burt.
Identification
This upright bryozoan forms densely-branched colonies that are coral-like in appearance due to a high level of calcification. The northern staghorn bryozoan's stiff branches are round in cross-section, to 5 mm in diameter, and often connect at points (anastomose). The overall shape of a single colony is rounded and reminiscent of a cauliflower head; these colonies can grow to 10 cm tall and 45 cm across. This bryozoan's colouring is typically yellow or yellowish-green, though it may vary to grey or have a pinkish tinge especially along the branch ends.

Habitat & Range
The northern staghorn bryozoan grows on rock in the very low intertidal and subtidal to 27 m deep. It is most commonly found in exposed locations, and in the right conditions colonies can nearly carpet the bottom. Its range extends from northern Alaska to southern California.

​Similar Species
This bryzoan is often mistaken for a coral.
​The delicate staghorn bryozoan (Heteropora alaskensis) has thinner, spindly branches and is less dense than the northern staghorn bryozoan.