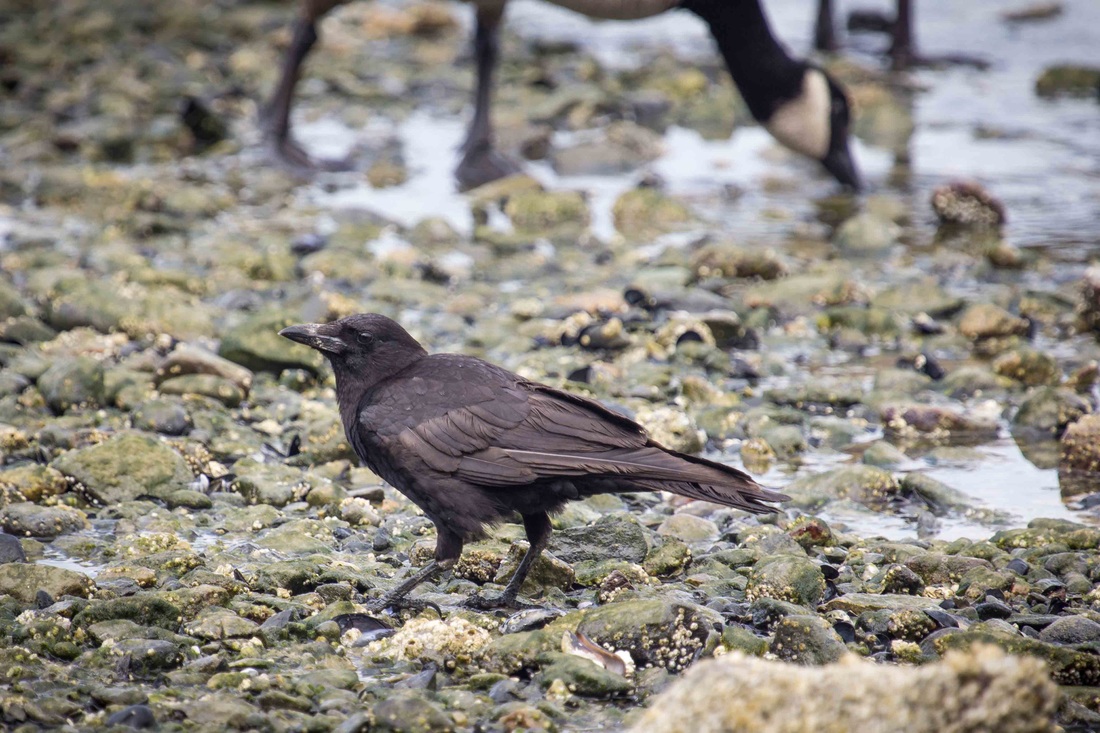 Northwestern crow foraging in the rocky intertidal. Photo by Josh Silberg.
Identification
This small crow is all black with a solid, stout beak, glossy feathers, and a rounded tail. Juveniles are fluffier and don't have glossy head feathers. It makes a harsh, nasal 'caw' sound.

Habitat & Range
The northwestern crow is found along the Pacific Northwest coast from northern Washington State to Alaska. It is commonly seen scavenging along shorelines and river deltas, as well as more urban areas, campgrounds, and parks. It is not usually found deep in forested areas.

Intriguing Info
In winter northwestern crows roost in flocks. Where each crow roosts is based on a complex hierarchy.