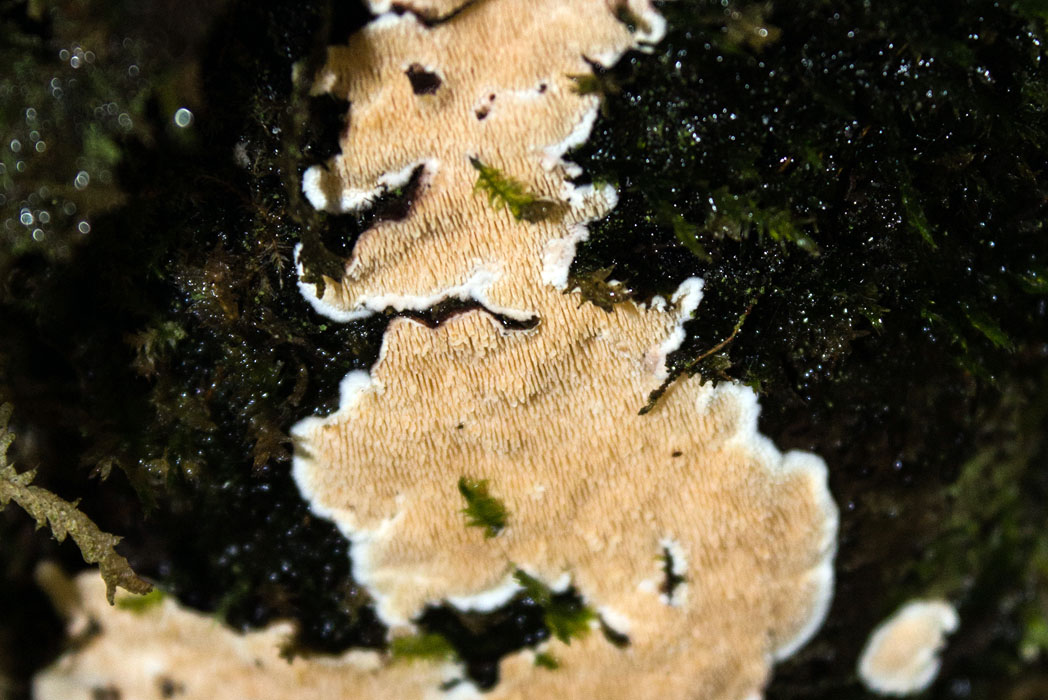 Ochre spreading tooth growing on red alder. Photo by Cody Gold.
Identification
This spreading ochre-coloured fungus tends to form a mass attached to dead wood. Circular or shelf-like caps measuring to 4 cm wide project from this mass (or may be absent); these stalkless caps, which are ochre or greyish-orange in colour with whitish margins, often overlap in a shingle-like fashion. Spores are produced on short (1-1.5 mm long) ochre-coloured, cone-shaped to nearly cylindrical spines that are often forked. These spines cover the fruiting surface of the fungus, whether obvious caps are present or not.

Habitat & Range
Ochre spreading tooth grows on dead, decaying wood from deciduous trees. It has also less commonly been reported on conifers. It is found throughout North America, Europe, and Asia.

Similar Species
It may appear similar to crust or polypore fungi, including Junghuhnia nitida, though it is not commonly found in western North America.