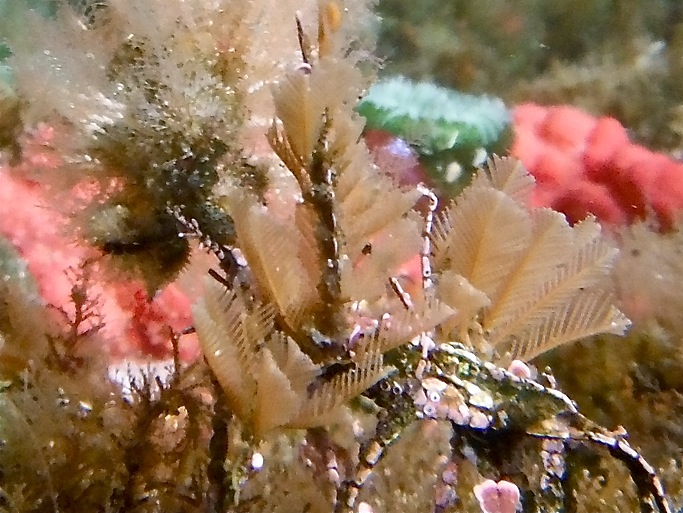 Ostrich-plume hydroids are the tan feather-like structures growing upwards in the centre of this photo by Bridget Woods.
Identification
Ostrich-plume hydroids, of which there are at least six species, are colonial animals that form feather-like plumes. Individual polyps are tiny and when open only extend towards the top sides of the colony's branches (photo). Larger pod-shaped structures (corbulae) appear in rows along some branches (photo). Ostrich-plume hydroids grow to 15 cm tall. The species in this genus are difficult to differentiate, partially because those species in the Pacific Northwest require further systematic work. Two of the more well-known species are Aglaophenia struthionides and A. latirostris.

Habitat & Range
Ostrich-plume hydroids attach to substrates in rocky subtidal areas to a depth of 160 m. Areas with currents are preferred. These species are found from Alaksa to northern Mexico.