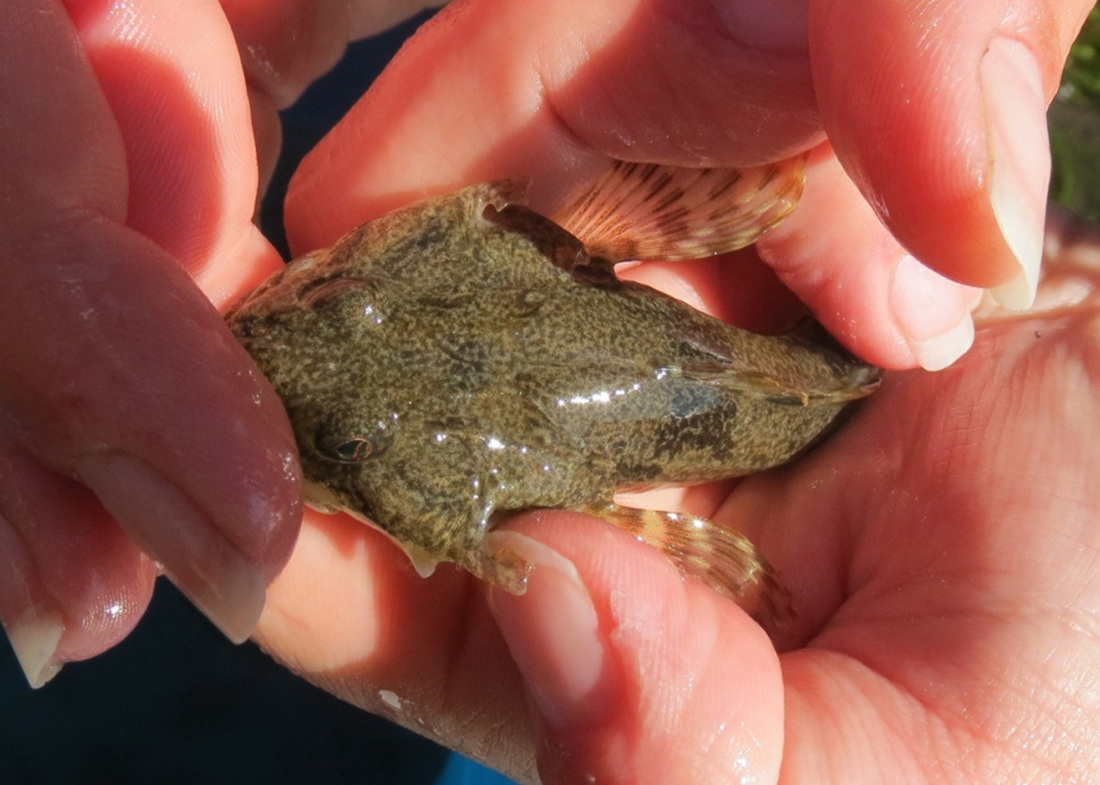 Identification
A main identifying feature of this large, scaleless sculpin is the stag antler-shaped spine on each cheek, from which it gets its name. The 3 or 4 upturned branches of these spines, which form the antler shape, are quite sharp. Another key feature is the dark spot near the back of the first (spiny) dorsal fin. The back of this fish is greyish olive green to fairly green, sometimes with some yellow. Below the lateral line on the sides and on the belly it is orange-yellow to silvery or white. Its second (soft) dorsal fin and pectoral fins are banded with alternating dark greenish and white to yellowish. The Pacific staghorn sculpin reaches 48 cm long.

Habitat & Range
The Pacific staghorn sculpin is found in nearshore saltwater and brackish habitats, and is particularly common in bays, estuaries, and sandy- or muddy-bottomed areas like tidal flats. It tends to bury itself into sand. Some juveniles move into fresh water from spawning sites in estuaries, and remain there for up to 6 weeks; other individuals may live in high salinity habitats for their entire life. This species ranges from northern Alaska to northern Mexico.

Intriguing Info
This sculpin has the ability to breathe air when out of water, and will move out of tidepools if conditions such as temperature or salinity deteriorate.
​
It is commonly but not intentionally caught by both sport anglers and commerical trawlers. It tends to be unwanted in both cases.