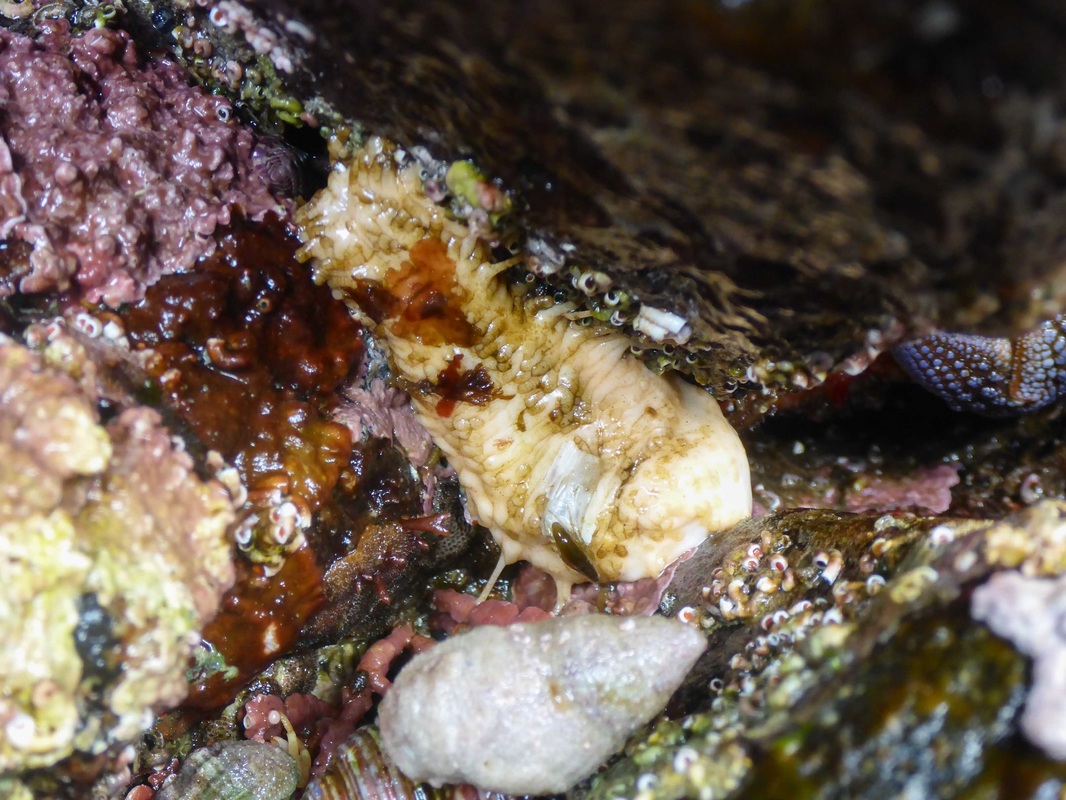 A pale sea cucumber found during an extreme low tide. Photo by Sara Wickham.
Identification
The pale sea cucumber has 10 equal-sized, long, wispy, and pale tentacles; these tentacles are visible in this image, though note that one of the tentacles is bent in towards the mouth. The body is lined with five rows of soft, retractable pale tube feet, three of which — the ventral rows — are more developed than the two dorsal rows. This species varies in colour from white to pale orange or tan. It reaches 25 cm long.

Habitat & Range
The pale sea cucumber can be found beneath cobble or pieces of rock, or between rocks. It inhabits both calm, quiet habitats as well as areas subjected to currents, from the lower intertidal to 91 m deep. Its range extends from southern Alaska to southern California.

​Similar Species
The white sea cucumber (Eupentacta quinquesemita) and the pseudo-white sea cucumber (E. pseudoquinquesemita), which are nearly identical, both have two tiny tentacles and eight large ones. When the tentacles are retracted or not visible, these species can be differentiated from the pale sea cucumber by their stiff, long, intractable tube feet which give them a spiny appearance. The former also tends to have a stiff body as well as tube feet.
​
Intriguing Info
This species was once thought to be a pale form of the orange sea cucumber (Cucumaria miniata). The two differ in both external and internal morphology.