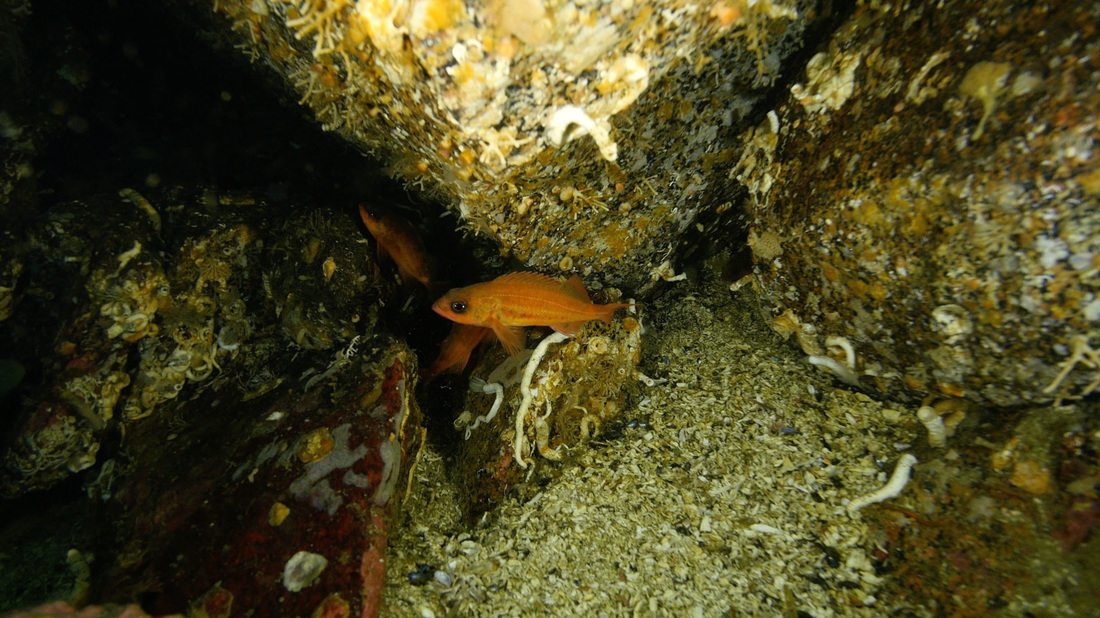 Tristan Blaine
Identification
The Puget Sound rockfish usually has dark eyes, which can contrast strongly with its lighter or brighter colouring, which is usually a shade of orange or tan. A dark smudge-like stripe can usually be found below the lateral line on each side, and there is often some greenish-brown blotches visible above the line and on the head. This is one of the smaller rockfishes, at a maximum of 18.3 cm long.

Habitat & Range
This small rockfish inhabits rocky reefs and shorelines in the subtidal to 455 m deep. It may be found in large loose schools in open water, or hiding individually or in small groups in crevices and caves. It particularly seeks such shelter in areas with strong current. Its range extends from the Kenai Peninsula in Alaska to northern California.

Human Uses
While this fish has been described as having "tasty and flaky" flesh, it is seldom caught and is not important to either the commercial or the recreational fishery. It can be used as bait for lingcod, cabezon, and large rockfish.

Intriguing Info
The Puget Sound rockfish eats lingcod eggs and zooplankton. It is preyed upon by lingcod and large rockfish.