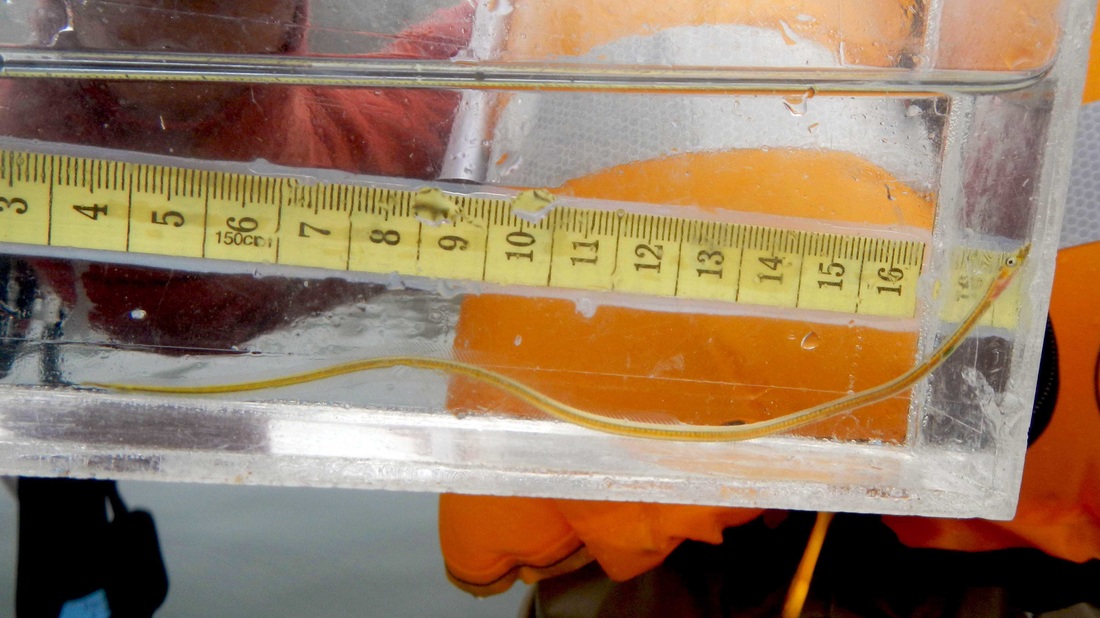 Photo by the Hakai Institute FABS (Fish Assemblage Beach Seining) team.
Identification
The long, slender body of this distinctive fish gives it a snake-like appearance, which is further aided by its serpentine movements. It has a tiny mouth, a line of tiny hooked spines going down its back behind its head, and a tail fin so reduced it is as thin as thread (if it isn't missing altogether, which it often is). The quillfish can be up to 40 cm long.

Habitat & Range
Adults are usually found resting on or buried in soft substrates (such as mud or sand) in shallow waters. Juveniles may be observed at the surface at night; they are thought to be attracted to lights shining into the water. It is found in both the east and west Pacific Ocean: from central Oregon north to Alaska, through the Aleutian Islands to the Sea of Okhotsk and the Kuril Islands and south to Japan.
​
Intriguing Info
Little is known about this species, which is the only known member of its family (Ptilichthyidae).