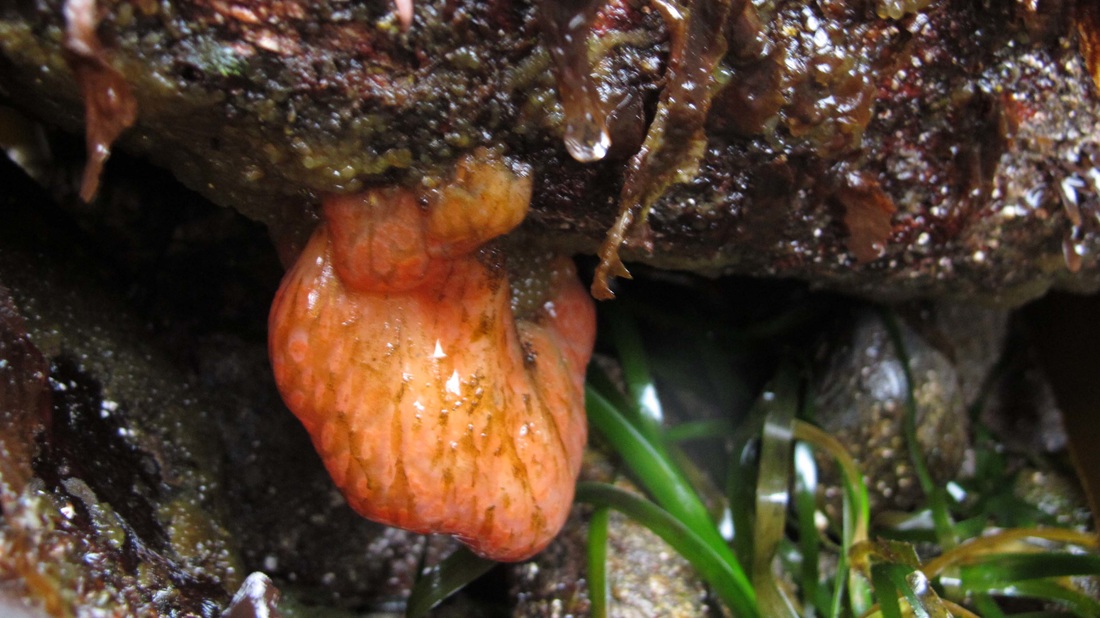 Photo by Jenn Burt
Identification
This compound ascidian forms a lumpy, slab-like colony, consisting of bright red zooids (individual members within the colony) encased in a reddish fleshy or gelatinous mass. The zooids vary in length (average 12 mm long) and are arranged in small, irregularly-shaped systems. Colonies have been measured to 20 cm across and up to 5 cm thick, though 2-3 cm is more common.

Habitat & Range
Red ascidian colonies grow on rock and pilings in areas exposed to currents. It is a relatively common species that is found in the intertidal and subtidal to 40 m deep, from British Columbia to southern California.

Similar Species
Compound tunicates can be tricky to ID: not only can they be difficult to distinguish from each other, but they can even be hard to tell apart from similarly amorphous encrusting sponges. There are a number of reddish-coloured species of both groups found in coastal BC waters. The California sea pork (Aplidium californicum) is one such ascidian: forms thinner slabs (1-2 cm thick), has smaller zooids (6 mm long), and is duller and more variable in colour. Another similar species is the red-dotted compound tunicate (Eudistoma molle), which is more opaque and whitish with red, irregularly-placed zooids.