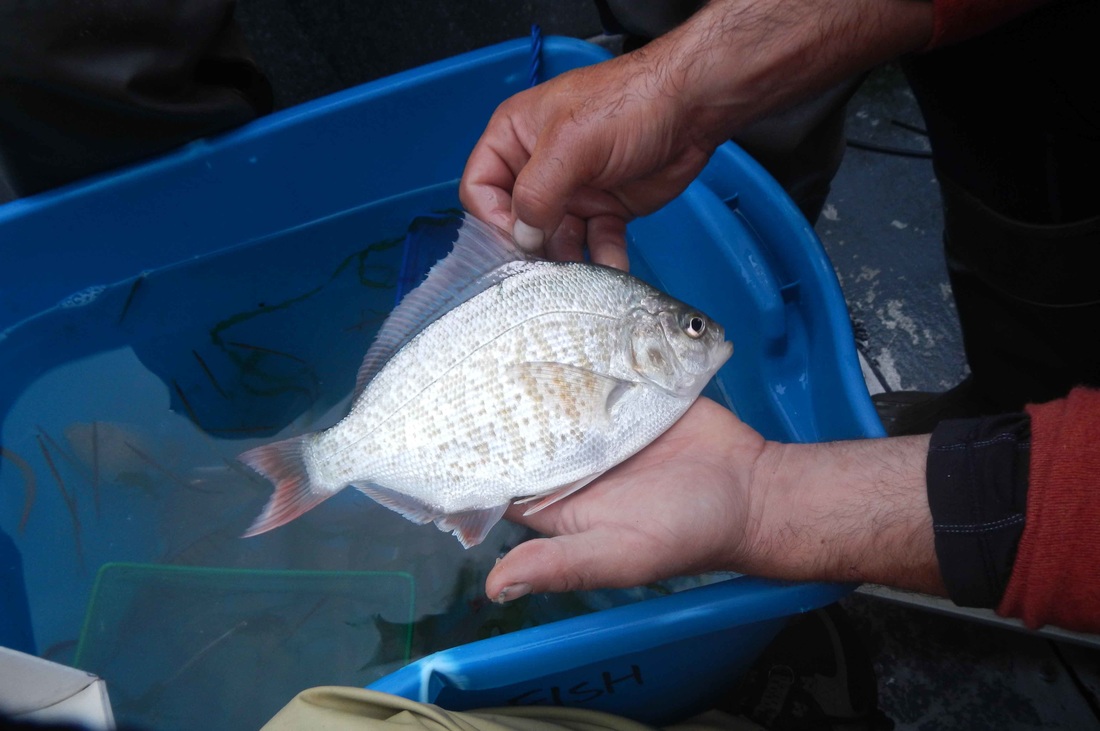 Habitat & Range
The redtail surfperch is most common along open, sandy shorelines exposed to surf. The above specimen, found during a beach seine on Calvert Island, was north of the species' recorded range, which extends from central California north to Vancouver Island, BC.

Similar Species
The redtail surfperch can be difficult to differentiate from other silvery surfperches, including the silver surfperch (​Hyperprosopon ellipticum) which has a pinkish tail fin.

Human Uses
This species is caught by recreational fishermen casting from surf-swept beaches or nearby piers.

Authors and editors of page
​Kelly Fretwell and Brian Starzomski (2015).