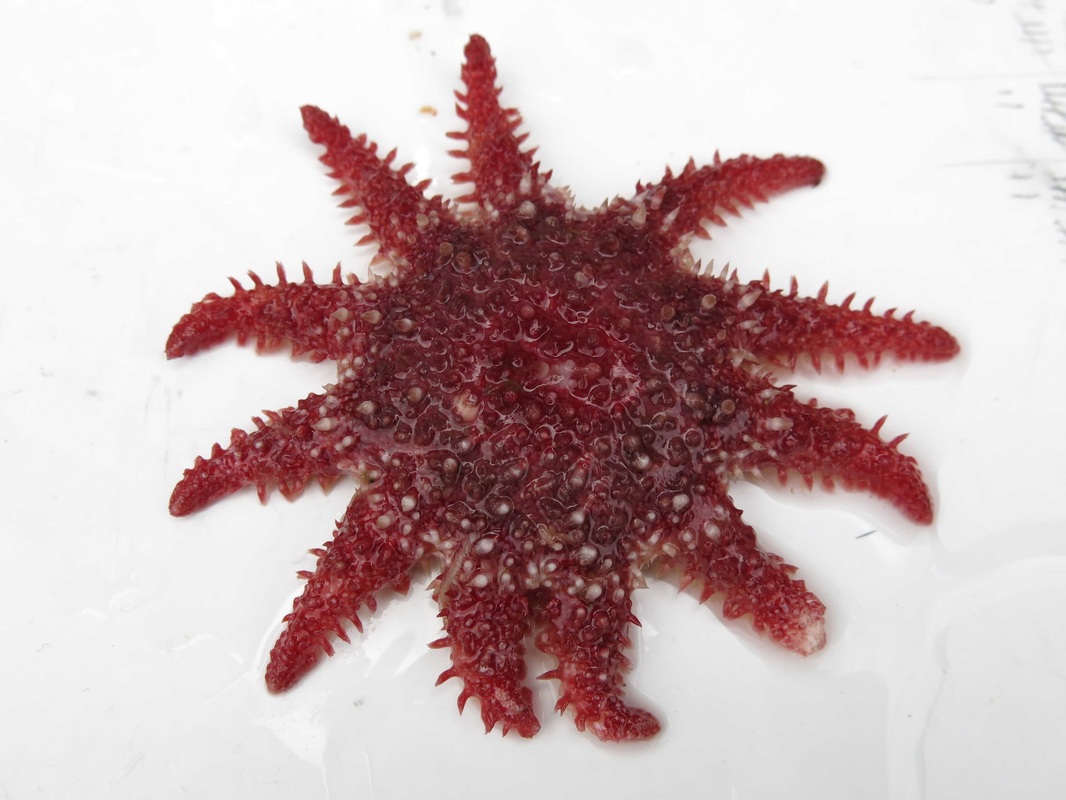 Photo by Jenn Burt
Identification
The rose star has 8-16 rays (usually 11) and a wide central disc. Its aboral surface is covered in many spines. It tends to be pinkish-red, though its colour may be more orange or purplish; there is usually a variable pattern of white, pink, orange, or yellow concentric rings (see photos on iNaturalist for the range of colours and patterns). This distinctive sea star gets to 34 cm in diameter including arms.

Habitat & Range
The rose star can be found in a variety of low-current habitats. It is often found in rocky areas, and inhabits the low intertidal and subtidal to 1200 m. This circumpolar species is found from the Arctic south to northern Washington, as well as south to Japan and China, New Jersey, and Britain.

Intriguing Info
This species preys on anemones, sea pens, nudibranchs, small sea stars, and other invertebrates. It can move at speeds of up to 70 cm per minute, a relatively fast speed for a sea star.