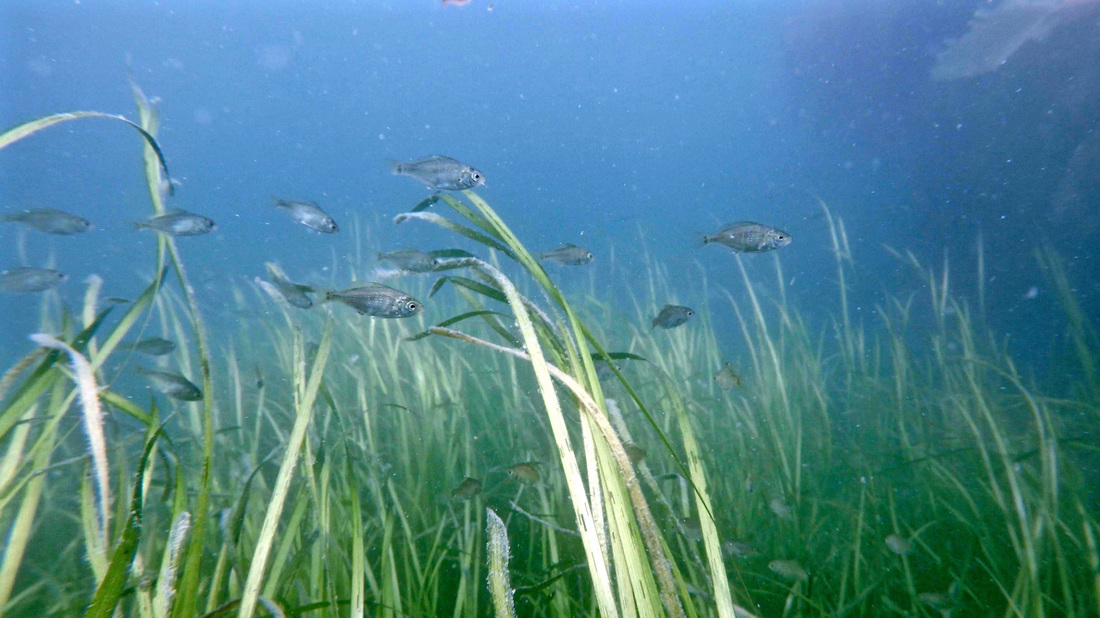 Identification
This surfperch can be identified by the three yellowish vertical bars on each side of its body, and by its large scales, each bearing a black spot. The black dots tend to form a pattern of horizontal stripes (interrupted by the yellow bars) across the sides of the deep, compressed body. The overall body colouring is silvery with a greenish or dusky back. Breeding males darken in colour to the point of being almost all black. It can get to 20 cm long.

Habitat & Range
During daytime the shiner perch forms schools usually in shallow, quieter waters around pilings, piers, and eelgrass beds. At night schools disperse and individuals stay close to the ocean floor. This species usually sticks to depths of than 15 m, though it may be found to almost 150 m. Its range extends from southern Alaska to northern Mexico.

Similar Species
Other Pacific Northwest perch species either have their own distinctive colour patterns, are not as compressed and deep-bodied, or are silver and lacking the distinctive yellow bars and spotted pattern of the shiner perch.

Human Uses
The shiner perch is commonly caught by children fishing from docks. There is only a limited commercial fishery in California; this species is mostly only harvested as bycatch by commerical fishing operations. It is also used in public aquariums.

Intriguing Info
Breeding males, which temporarily darken in colour, can be quite aggressive. Newborn males are capable of breeding immediately, though they are usually outcompeted for mates by older, larger males. Like all other surfperch species but unlike most other fishes, shiner perch are viviparous: instead of producing eggs, females bear up to 40 fully-developed and relatively large young.