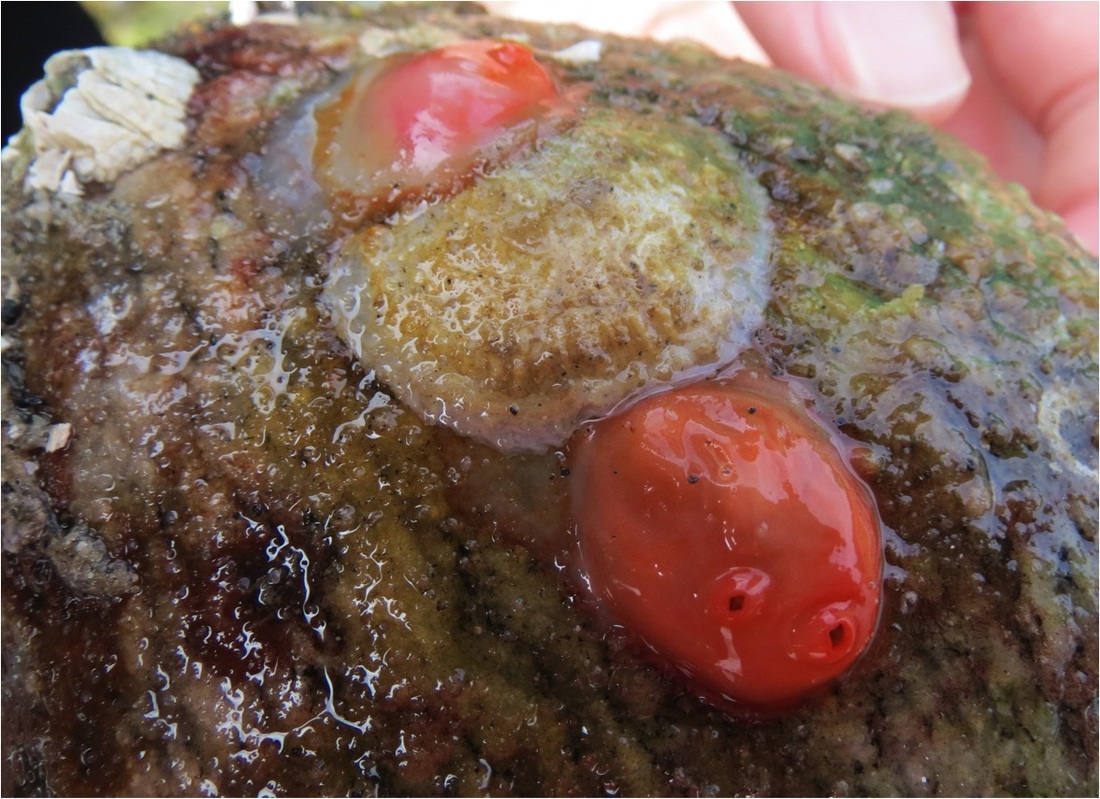 Photo by Misha Warbanski
Identification
The shiny orange sea squirt is a solitary tunicate with a flattened, opaque tunic. The tunic is a smooth, pearly orange-red or pinkish-red colour. It grows to 7.5 cm tall and 5 cm wide, though it is usually smaller. Its siphons are short, and spaced apart when the animal is relaxed; the siphons can be retracted, at which point they appear as small crosses.

Habitat & Range
This tunicate grows on rocks, docks, and other hard substrates from low intertidal depths to 50 m. Its eastern Pacific range extends from Alaska to Point Conception in California, though it is most common north of Oregon. It is also found along northwestern Pacific coastlines and in Arctic waters.

Similar Species
The Pacific sea peach (Halocynthia aurantium) is a similar colour but is taller and thinner (taller than it is wide), with broader, longer siphons of unequal size. Taylor's social tunicate (Metandrocarpa taylori) is small and orange-red as well, but is colonial with individuals attached by stolons.