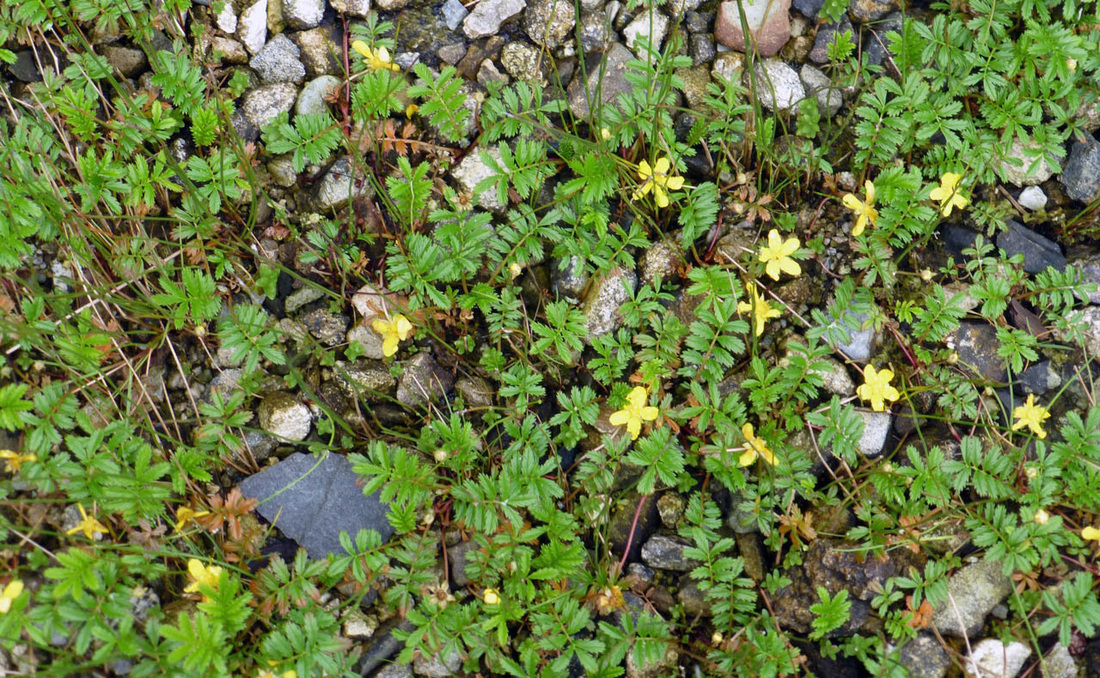 Identification
Silverweed is a perennial plant with pinnately compound leaves growing in fern-like fronds from runners. The leaves are all basal, grow 5-40 cm long, and have very small leaftlets interspersed with larger strongly-toothed leaflets that increase in size from base to tip. The leaflets are silvery-white and woolly underneath. The flowers are yellow and grow singly on leafless stalks.

Habitat & Range
Silverweed grows in wet and/or sandy areas, usually near the sea. Habitats include the edges of marshes, lakes, ponds, and streams; beaches, dunes, saltmarshes, and mudflats; and moist meadows. It is found from low to middle elevations and is more common along the coast, though

Similar Species
* A note on names: Silverweed is a fairly distinctive plant, and can't be easily confused with other coastal Potentilla (cinquefoil) species. There is however some taxonomic confusion surrounding silverweed. Some sources list it as a single species with subspecies, including the coastal egedii and pacifica, and others attribute species status to these subspecies (see E-Flora's common silverweed (Potentilla anserina) and coast silverweed (Potentilla egedii) pages). In this case the differences listed are small, and include leaf sizes, flower structure sizes, and leaf textures. They are also attributed different ranges and habitats, with P. egedii restricted to more coastal areas and the P. anserina range stretching across most of North America.

Authors and editors of page
Kelly Fretwell and Brian Starzomski