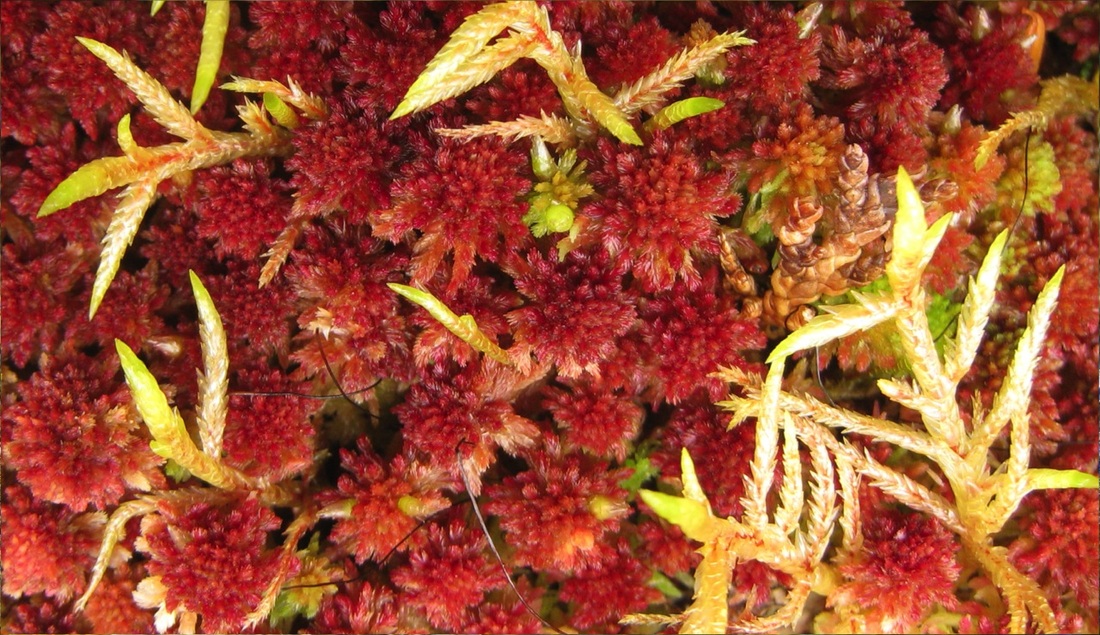 Identification
Small red peat moss is a small, reddish coloured moss. It has a dense, rounded capitulum (head). It has egg-shaped stem leaves, and its stem lacks pores. Despite its name, small red peat moss isn't always red: its plants tend to be green when shaded, which is not uncommon. Small red peat moss can't be identified from just photos, along with its similar species.

NOTE: Sphagnum species in general can be difficult to identify in the field or without considerable experience. Microscope work is often required to ensure correct identification.

Habitat & Range
Small red peat moss grows in dense cushions and mats, often forming hummocks. It commonly grows in forested edges of bogs, fens, and peatlands; it is less common in open peatlands. It grows in wet but well-drained sites where it isn't submerged for long. It is found throughout much of North America and has a circumpolar distribution.

S. russowii is also a red peat moss and can be differentiated by its porous stem. It occurs at higher elevations along the coast. Wilf's sphagnum (S. wilfii) and five-ranked peat-moss (S. quinquefarium) are also similar species. Five-ranked peat-moss is found throughout coastal BC, while Wilf's sphagnum has currently only been identified on the north coast and Haida Gwaii. Small red peat moss could also be confused with common green peat-moss (S. girgensohnii) and Warnstorf's bog-moss (S. warnstorfii).