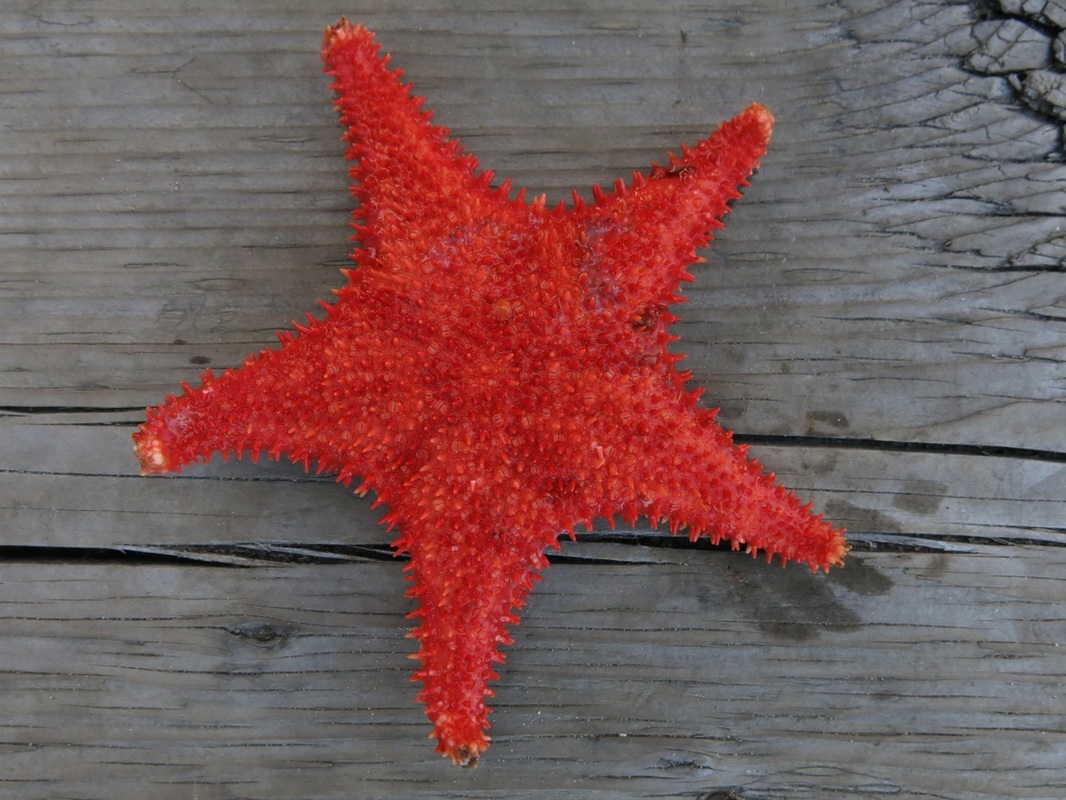 Photo by Jenn Burt
Identification
This five-rayed star is covered in large spines and is solid red to orange in colour. It is star-shaped and gets to 34 cm in diameter. Juveniles have a different appearance, with even more prominent spines and a raised border around the star-shaped body.

Habitat & Range
Spiny red star inhabits subtidal areas with a variety of substrates - sand, mud, shell, and rock - to a depth of over 500 m. Its known range includes the North and South Pacific, the North Atlantic, and the South Indian Ocean. Its western North America range extends from the Aleutian Islands and Alaska to southern California.

Intriguing Info
Spiny red stars found on both sides of the North Pacific were known as Hippasteria spinosa until recently, with a counterpart in the North Atlantic known as H. phrygiana. in 2013 researchers discovered that sea stars of those two species are in fact one. Additionally, they discovered that Hippasteria found in the southern Indian Ocean and various areas of the South Pacific belong to the same species as well. The name H. phrygiana was assigned to all the Hippasteria species from the study (e.g. H. spinosa therefore became H. phrygiana). See The Echinoblog for more information on this study. A follow-up article on The Echinoblog discusses a global revision of the Hippasteria genus.

Authors and editors of page
Kelly Fretwell and Brian Starzomsi (2015).