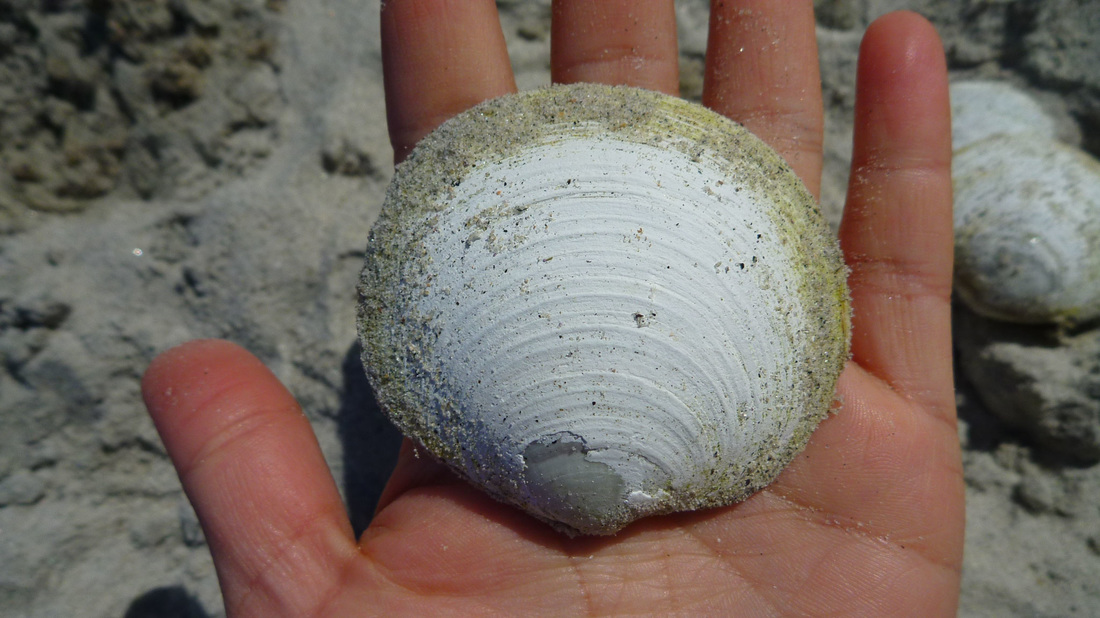 Photo by Angeleen Olson.
Identification
Like other lucine clams (Family Lucinidae), the western ringed lucine's shell valves are almost circular, with flattened edges near the hinge (the clam's dorsal margin; click here for information on shell orientation). The shell is compressed into a relatively flattened shape, and the valves are lined with sharp, evenly-spaced, rounded ridges. The white shell is covered with a thin greenish-brown layer of periostracum. This clam grows to 8.2 cm across.

Habitat & Range
The western ringed lucine can be found in muddy-sandy substrates in the intertidal and subtidal to 750 m deep. Its range extends from central Alaska to the Gulf of California.

Similar Species
The rough diplodon (Diplodonta impolita) also has a circular shell; this shell is more inflated (not as flat), and is lined with less evenly-spaced ridges.

Intriguing Info
The sharp ridges on the shell valves are growth lines which represent growth intervals rather than years.