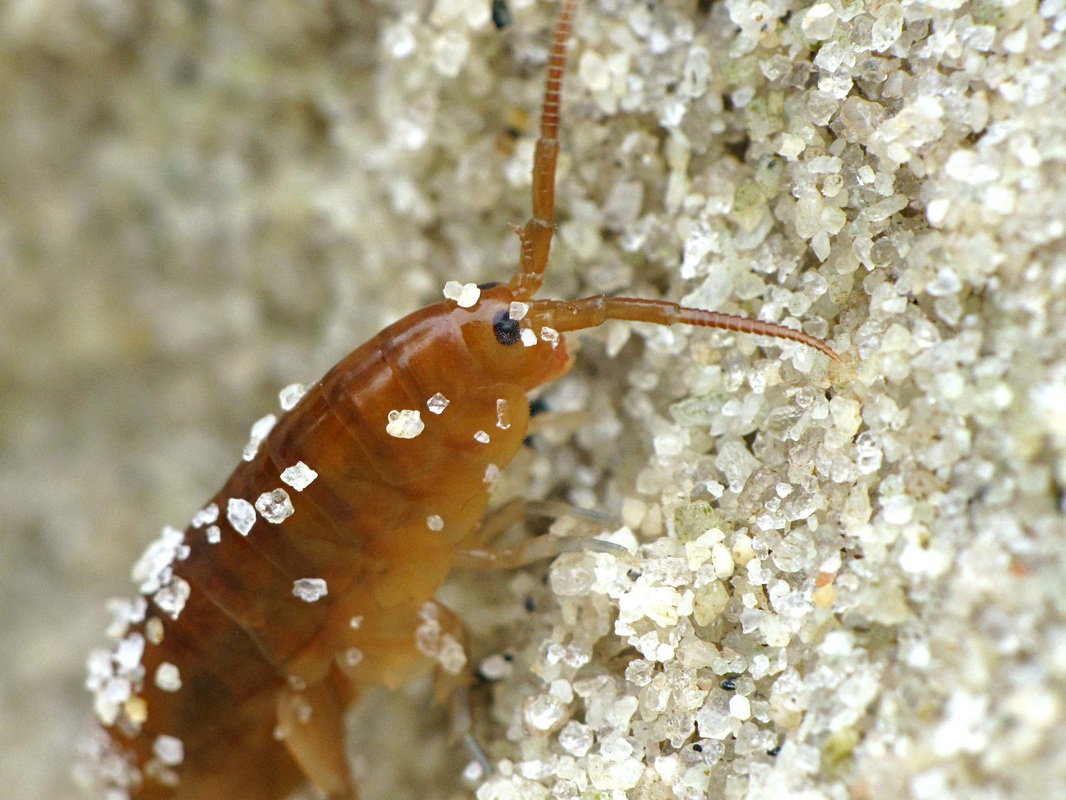 Crystal Ernst
Identification
This small grey or brown crustacean reaches just 2 cm long. Like other amphipods, its body is laterally compressed and elongated, making it look a bit like a miniature shrimp. Its antennae are similar in colour to the rest of its body.

Habitat & Range
This beach hopper can be found in large numbers in and around sea wrack (decaying seaweed and other washed up marine matter) in the high intertidal of more protected sandy and rocky beaches, as well as in bays, estuaries, and salt marshes. Like other amphipods, Traskorchestia traskiana finds both food and shelter among wrack lines. Its range extends from the Aleutian Islands, Alaska to Baja California, Mexico.

Similar Species
Other common beach hoppers found in the Pacific Northwest are the bright pink Maera danae, Megalorchestia californiana (distinguished by its bright red antennae and larger size), and the dull light grey Megalorchestia columbiana. T. traskiana is most likely to be confused with the latter, which can usually be distinguished by its lighter colouring and the somewhat butterfly-shaped marks on its back.

Intriguing Info
​Amphipods such as this beach hopper play a major role in breaking down algae and other detritus that washes ashore as marine wrack.