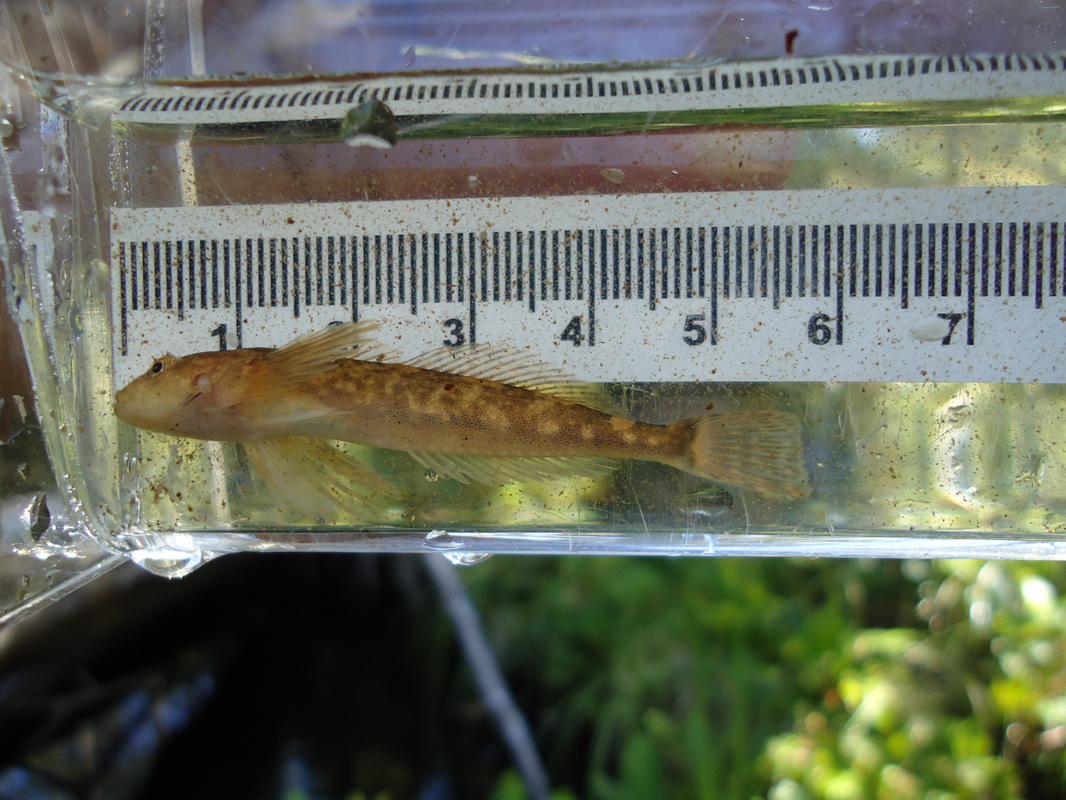 Jeff MacAdams
Identification
This small fish, usually measuring 5-10 cm long, has a mottled appearance and varies in colour from brown to light bluish-grey. The underside is lighter than the back and sides, there is a large white spot in front of its tail fin, and it usually has two or three dark saddle patches on its back. It also has dark bars on most its fins; these bars are usually more obvious on larger individuals.

Habitat & Range
The coastrange sculpin can be found in both freshwater and brackish environments. It inhabits sandy- and muddy-bottomed lakes, rocky lake shores; fast-flowing riffle areas of of gravel-bottomed streams and rivers; and estuaries with fresh and brackish water. This species moves into estuaries and the lower reaches of streams to spawn. It is found in water systems that drain into the Pacific, from Bristol Bay, Alaska to southern California, including Vancouver Island, Haida Gwaii, and other smaller islands in that range. While it is largely found in lakes, rivers, and streams along the coast, it also inhabits Pacific-draining systems that reach further inland such as the Skeena and Fraser River systems.