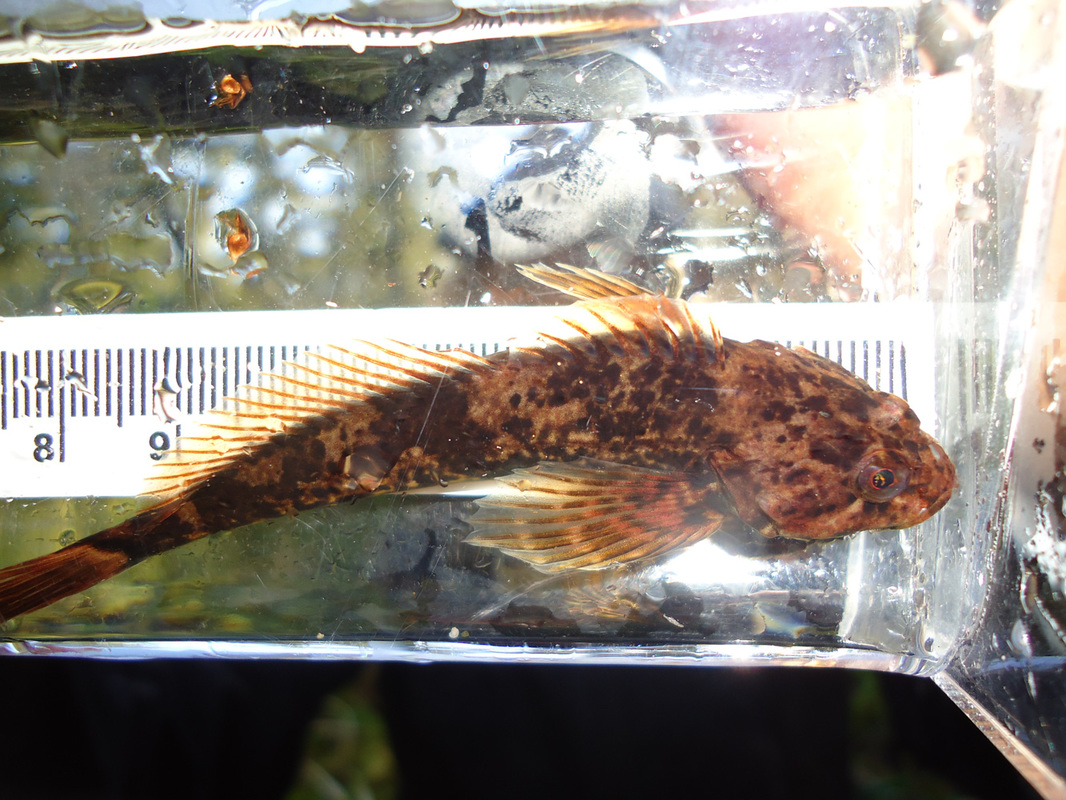 Jeff MacAdams
Identification
The prickly sculpin can be mottled dark brown, olive-green, or grey with a white to yellowish underside. There is usually a dark spot on the back edge of the first dorsal fin, there are three irregularly-shaped blotches below the dorsal fin, and the fins are sometimes barred with black. This sculpin has a long anal fin, and a pore in the very centre of the underside of the lower jaw; this is visible head-on. There is an coastal and an interior form of this species; the two are genetically distinct and have different life histories. The coastal form does not have prickles on its skin, despite its name. This fish reaches 15 cm long.

Habitat & Range
The coastal form of the prickly sculpin spends time in sandy, slow-moving streams and small to medium-sized rivers, as well as in brackish water near river mouths. This form spawns in estuaries, and is found in coastal regions — including Vancouver Island, Haida Gwaii, and smaller islands — in British Columbia. The interior form is found in the southern and central interior of BC; the species as a whole is found from Seward, Alaska to Ventura River, California.

Human Uses
This species is occasionally used as bait.