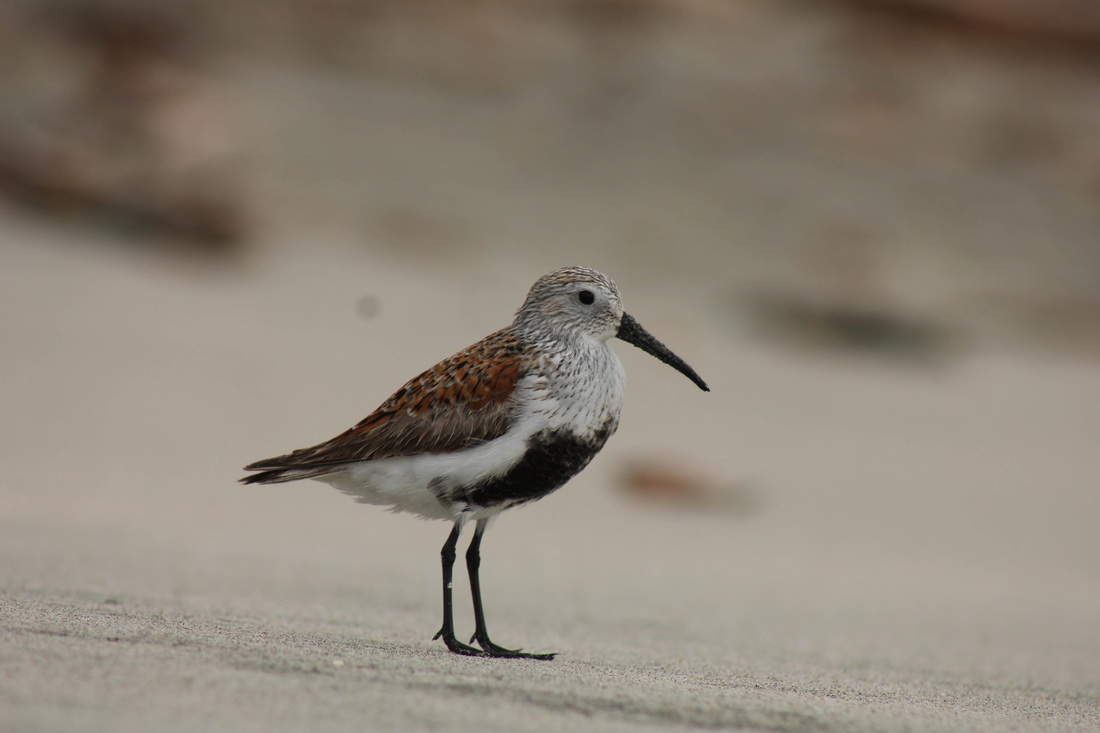 Identification
This medium-sized shorebird has a relatively long, drooping black bill and long black legs. It has a relatively shore neck and a somewhat hunched appearance. Its breeding plumage is distinctive, with a large black belly spot, reddish cap, and reddish back. Its non-breeding plumage, which consists of a white belly and brownish-grey back, is less helpful for identification purposes.

Habitat & Range
Dunlin nest in wet coastal tundra and spend the winter along mudflats, estuaries, marshes, flooded fields, sandy beaches, and along lakeshores and rivers. They winter along the Central Coast of BC, through some may appear in the area in breeding plumage if migrating further south. Their winter range extends along the east and west coasts of North America. They can be found throughout much of North America during migration. Populations are also found in Eurasia.

Intriguing Info
Ritualized nest-making plays a role in dunlin courtship. Both the male and female making ground ‘scrapes’ and lining them with foliage; the female then chooses a scrape and turns it into a finished nest.