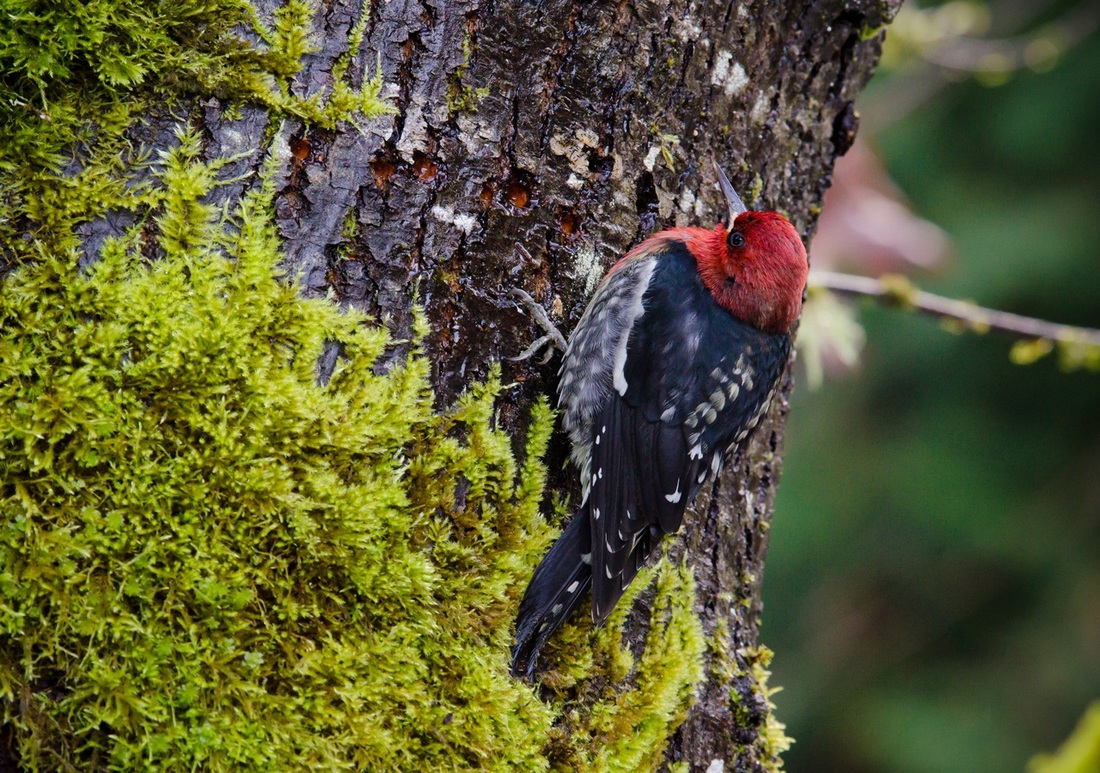 Photo by Mike Munroe
Identification
The red-breasted sapsucker is distinctive with its all-red head and breast. Its back and wings are mostly black with small yellow spots and a large white wing stripe. It gets to 22 cm long.

Habitat & Range
This bird can be found in moist coastal forests, mostly at low and middle elevations, from southern Alaska (in summer) to northern Mexico (in winter). It is present on the BC coast year-round. See range map.

Intriguing Info
The red-breasted sapsucker was once grouped as a single species with the yellow-bellied sapuscker (S. varius) and the red-naped sapsucker (S. nuchalis), neither of which are found regularly on the BC coast.


Authors and editors of page
Kelly Fretwell and Brian Starzomski (2014).