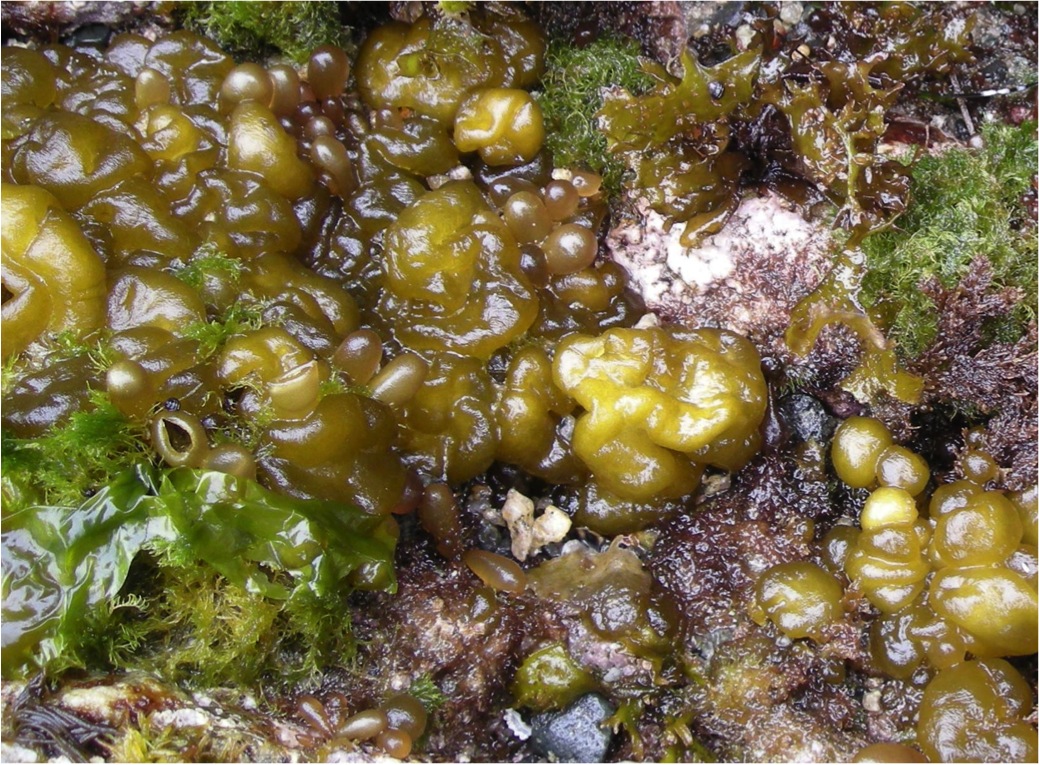 Identification
Sea cauliflower is a distinctive brown seaweed — its globular, brain-like  growths are hard to miss. It has a bumpy, spongy texture, and ranges in colour from golden to yellowish-brown. It may be found in small groups or forming bumpy carpets over larger areas.

Habitat & Range
Sea cauliflower grows in high to low intertidal and in tidepools on semi-exposed to protected shorelines. It attaches to rocks or epiphytically to other algae such as articulated coralline alage. Its range stretches from the Bering Sea to Mexico. It is also found along the coast of Chile, the western North Pacific, the North Atlantic, and the North Sea.

Similar Species
Immature sea cauliflower can be confused with immature studded sea balloons (Soranthera ulvoidea). Bulb seaweed (Colpomenia peregrina) is another globular algae, but can be differentiated by its smooth, thin-walled surface as opposed to sea cauliflower's bumpy, brain-like surface. If sea cauliflower is squeezed it will break apart, whereas bulb seaweed will not.