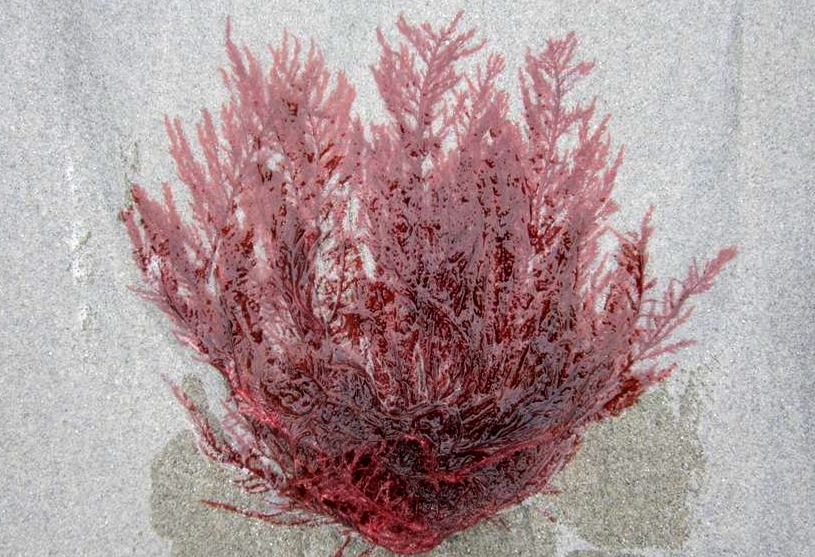 Photo by Helen McConnell
Identification
This red alga has a fern-like branching structure and ranges from dark red to bright pinkish-red. It has many orders of branching composed of opposite branch pairs. The pairs in the last order of branching are uneven, with one branch lengthening and maturing into a reproductive structure over time, while the other branch remains short. The margins of the end branches are toothed. Sea fern has a disc-shaped holdfast and gets to 40 cm tall.

Habitat & Range
Sea fern grows on both rock and other seaweeds from the low intertidal to the shallow subtidal. It most commonly grows in exposed and semi-exposed locations. Its range stretches from northern Washington north to the Bering Sea and Aleutian Islands; it is also found along coastlines of Siberia and Japan.