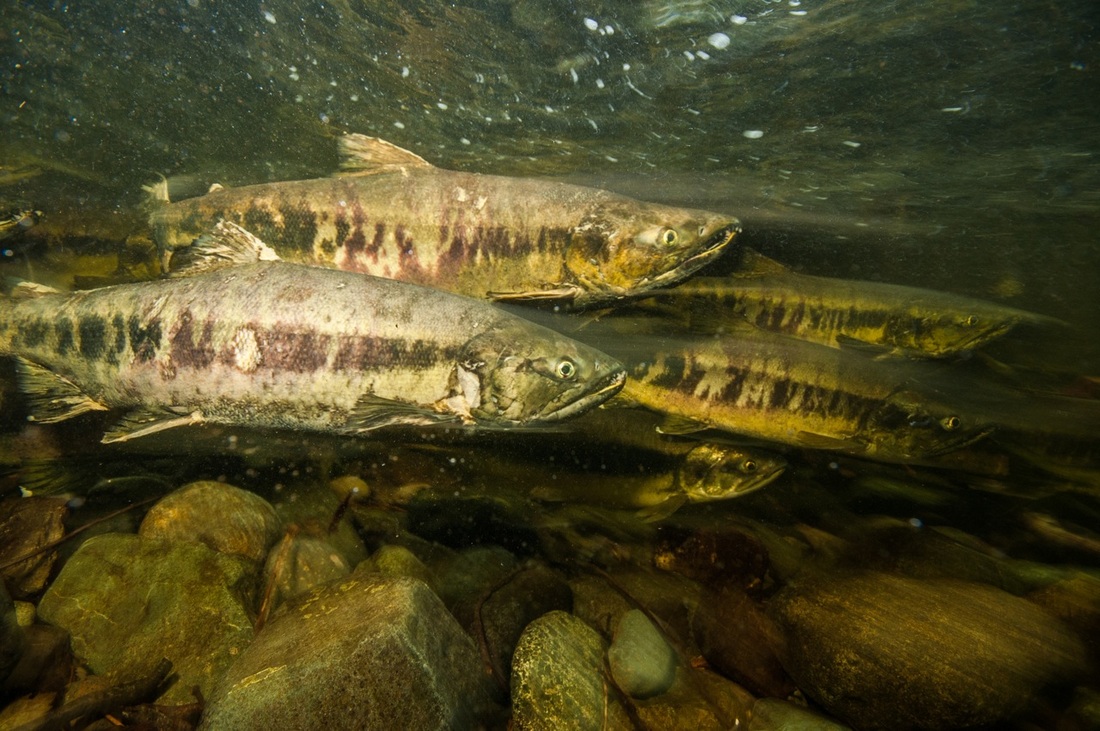 Habitat & Range
Chum are anadromous, meaning they live part of their life in the ocean and part in fresh water. Fry hatch in fresh water (streams, rivers, or sometimes lakes) and migrate to the ocean in schools fairly soon after. They stay close to shore for a few months before migrating to the open ocean (click here for a Pacific Northwest chum migration map; click here for a distribution comparison with other Pacific salmon species). They spend three to four years at sea before returning to spawn in their place of birth. The general Pacific salmon migration pattern is north along the coast, westward out to sea, then south and eastward back to the coast. Click here for freshwater distribution map for coho salmon in BC.

Coho are native to both sides of the North Pacific as well as the Mackenzie River in the Canadian Arctic. In the Pacific Northwest their range extends from the Bering Sea to southern California; along the coast of Asia their range extends from the Lena River in the Arctic through to the Bering Sea and south to Korea and southern Japan. Chum were introduced in Iran.

Human Uses
Pacific salmon have been a vital food source as well as a central cultural symbol for coastal First Nations groups for thousands of years, and continue to be a key resource for coastal communities today. It is highly valued in Japan, but in North America it is considered less desirable than Sockeye, coho, and chinook. It smokes well, and has a relatively mild flavour. Click here for a Japanese-style chum recipe.